No April fools! Beenie Man refuses to dance with his ex-wife D’Angel 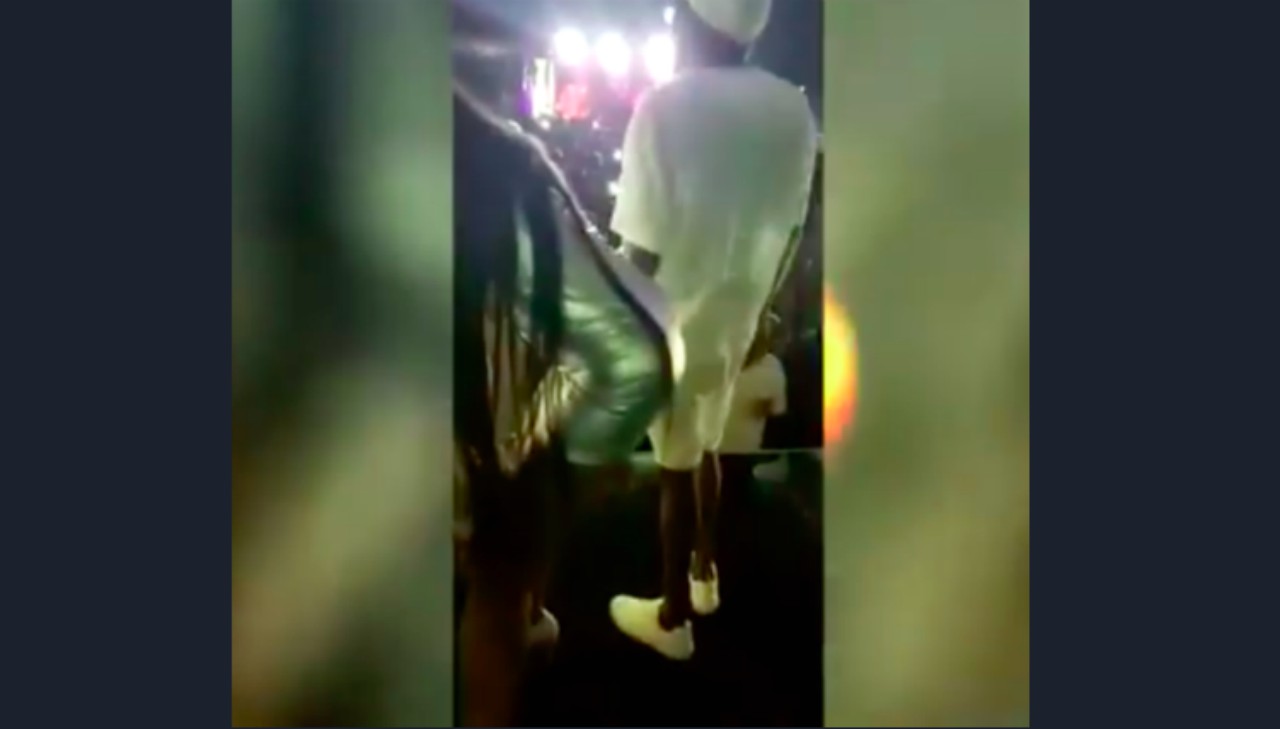 This was Beenie Man’s response when on stage at his ex-wife's birthday party over the Easter weekend.

Born on All Fool's Day, or April Fools Day, Michelle ‘D’Angel’ Downer is accustom to pranks being played on her on her birthday, but this time her ex-husband was very serious as he turned down her encouragements to wine on her during his performance.

A video of the incident, which is approximately one minute and 30 seconds long, is making its rounds on social media.

Taunting him with his own lyrics like ‘One man alone…’ Beenie Man, real name Anthony Moses Davis drifted to the side and refused to dance on D’Angel.

With her four-foot long straight tresses flowing tall down her back, she held over in a short silver dress and high–heeled pointy tip white pumps in front of Beenie Man, who moved away.

D’Angel spoke into the mic and said, “Yuh fraid afraid fi dance with me? What is it him fraid?”

D’Angel was not expecting the response, and as he walked off laughing, she said, “Uh my birthday and anything goes….” Then she called out, "Tommy Lee step forward.”

The two Jamaican dancehall singers have one son together – Marco Dean.

D’Angel’s birthday party was slated to happen April 1 at Club Dreams in Mandeville, Jamaica. Also on the card along with Beenie Man, the Dancehall birthday Diva was to share the stage with Lanz and Tommy Lee.

My embarrassing Crop Over experience

Destra ordered to pay man for rupturing his bladder on stage