Norway opens probe into why cruise ship ventured into storm 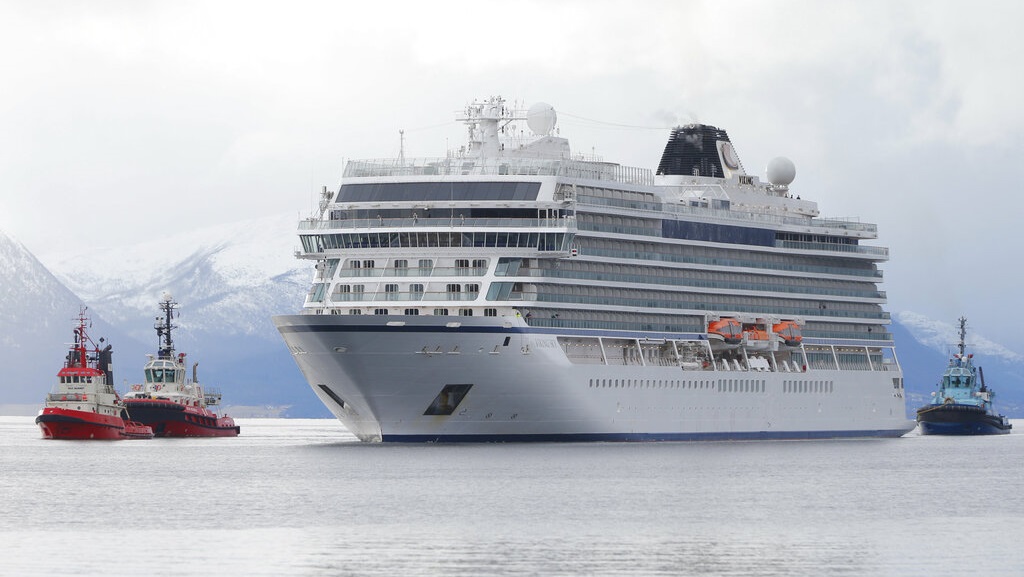 Norwegian officials have opened an investigation into why a cruise ship carrying more than 1,370 people set sail along the country's often wild western coast despite storm warnings, forcing a major rescue evacuation by helicopter.

Hospital officials have said one person is in critical condition and eight others are still hospitalized after the Viking Sky had engine problems off the Norwegian coast and issued a mayday warning on Saturday afternoon.

The Viking Sky had left the northern city of Tromso and was headed for Stavanger in southern Norway when it ran into trouble. 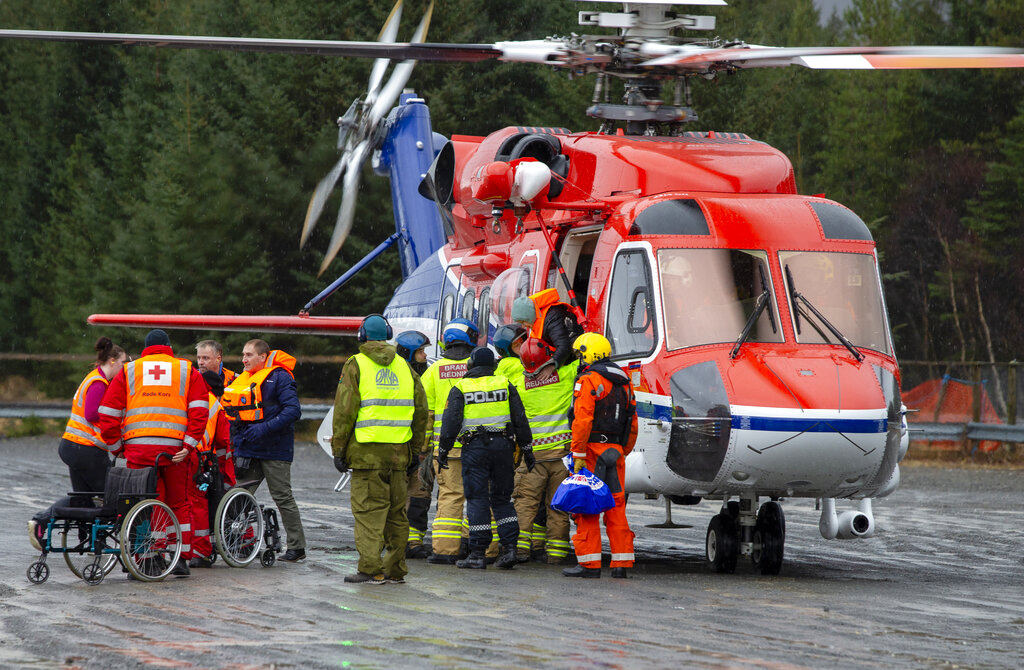 The ship anchored in heavy seas to avoid being dashed on the rocks in an area known for shipwrecks over the years. Norwegian authorities then launched a daring rescue operation despite the high winds, eventually winching 479 passengers off the ship by helicopter in an operation that went on for hours Saturday night and into Sunday morning.

Dag S. Liseth of Norway's Accident Investigations Board said "the high risk which the ship, its passengers and crew were exposed to made us decide to investigate the incident."

The rescue was also hampered when two of the five rescue helicopters helping the Viking Sky had to be diverted to save nine crewmembers from a nearby listing cargo ship.

The rescue workers managed to take a little more than half of the passengers off the cruise ship, but some 900 passengers and crew were still on it when its captain made the decision Sunday just before noon to halt the evacuation.

It is now docked in the Norwegian port city of Molde, 390 kilometers (240 miles) northwest of Oslo, which it limped into Sunday afternoon on its own engines.

Liseth said investigators were headed to Molde on Monday and declined to speculate as to why the Viking Sky captain had decided to sail to Stavanger in the first place despite the intense weather warning. He couldn't immediately say how long the cruise ship would remain in Molde.

Yngve Skovly, of the police force in Moere and Romsdal district where Molde sits, says there is no suspicion of a criminal offense but police have opened an investigation to find out why the ship had engine problems. That probe would be part of the one by the Accident Investigations Board.

The Viking Sky is a relatively new ship, delivered in 2017 to operator Viking Ocean Cruises.

The ship was on a 12-day cruise along Norway's coast before its scheduled arrival Tuesday in the British port of Tilbury, on the River Thames. The passengers were mostly an English-speaking mix of American, British, Canadian, New Zealand and Australian citizens.

All the cruise ship passengers were expected to be flown out of Norway by Monday evening, police said.

On Sunday, the operator said the Viking Sky's next scheduled trip, to Scandinavia and Germany, which was to leave on Wednesday, has been canceled but no other trip cancellations for the ship were foreseen yet.

Calls to Viking Ocean Cruises on Monday were not immediately returned.