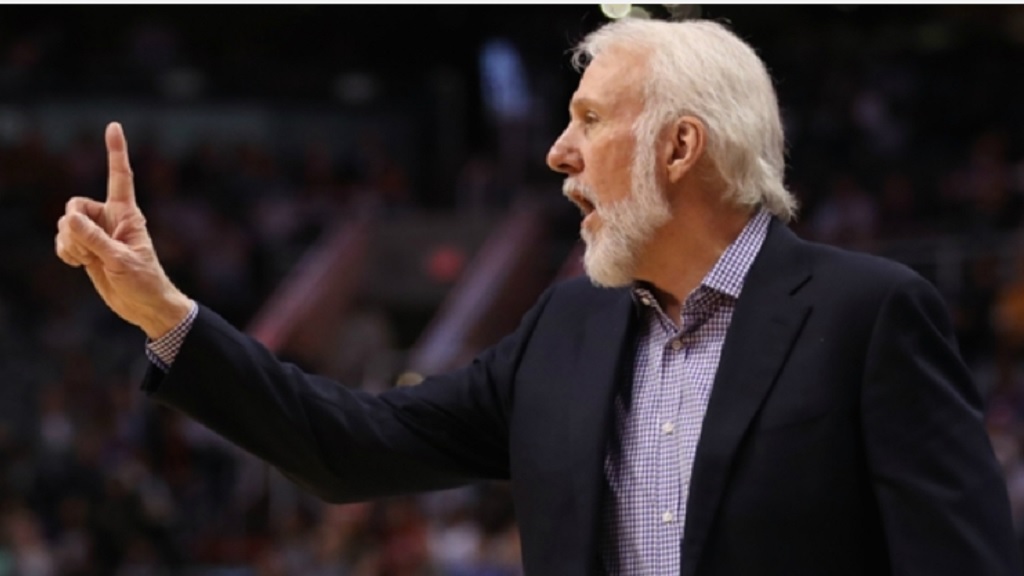 The Denver Nuggets thrashed the San Antonio Spurs 113-85 in the NBA on Wednesday.

Both the Spurs and Nuggets entered the game with a chance to improve their playoff seeding.

Yet things went south for the Spurs just 63 seconds into the game when coach Gregg Popovich was ejected after picking up his second technical for arguing a call.

Denver went on to win comfortably, with the outcome never in doubt.

The only way Popovich could have made a difference for the Spurs would be if he had suited up and started knocking down three-pointers. San Antonio were dreadful from behind the arc, hitting only five-of-27 attempts.

Nikola Jokic scored 20 (with 11 boards and nine assists) to lead six players in double-figures for the Nuggets, who improved to 52-26. That leaves them only 1.5 games behind the idle Warriors for the number one seed in the Western Conference. Denver have four games remaining, while Golden State have five.

At the other end of the playoff field, the Spurs (45-34) dropped from seventh to eighth in the standings, a half-game behind the idle Oklahoma City Thunder. As the final week of the season plays out, those potential one-eight and two-seven first-round playoff matchups bear a close watch.

Detroit Pistons center Andre Drummond narrowly missed another 20-20 game, scoring 28 and collecting 19 rebounds in a loss to the Indiana Pacers.

Center Nikola Vucevic had 29 points and 13 rebounds in the Orlando Magic's 114-100 win over the New York Knicks.

Knicks forward Mario Hezonja scored 29 points and added nine rebounds in the loss to the Magic.

Chicago Bulls guard Walt Lemon Jr. scored 24, had eight assists and won the game with two late free throws in a 115-114 victory over the Washington Wizards.

Portland Trail Blazers wing Evan Turner came off the bench for a triple-double (13/12/11) in a 116-89 victory over the Memphis Grizzlies.

Pacers guard Tyreke Evans hit only one of 13 shots and scored six points in a win against the Pistons.

This could be a preview of the Eastern Conference Finals. The 76ers expect star Joel Embiid back in the lineup after a three-game break. But even with Embiid on the floor, the 76ers recently lost games to the Hawks and Magic – they lost again to the Hawks on Wednesday – so they need to rediscover their form before the playoffs begin.