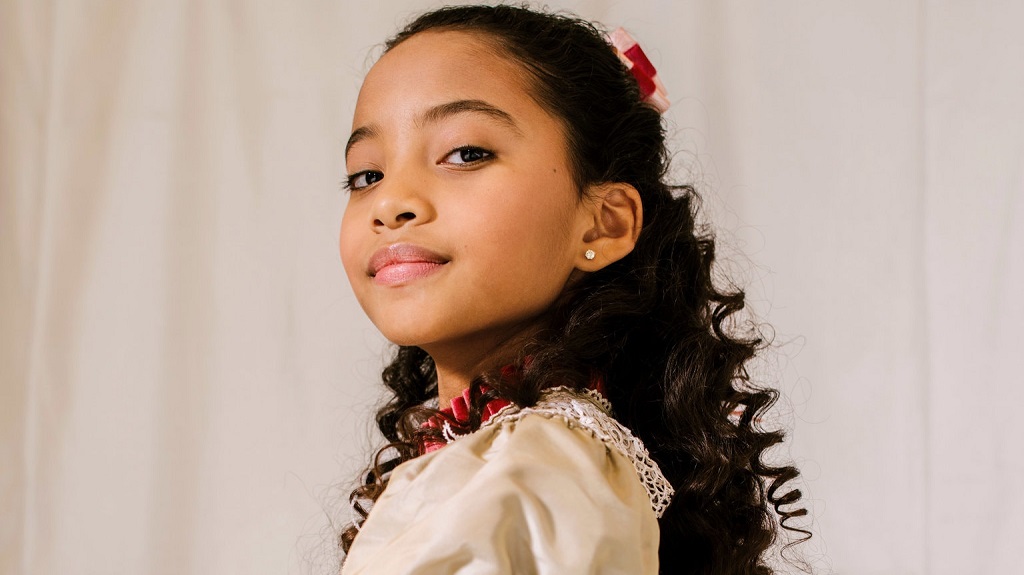 Photo via the New York Times.

The New York City Ballet's production of "The Nutcracker" has cast a black dancer to play Marie for the first time - and she's of Trinidadian descent.

According to a report by the New York Times, Charlotte Nebres will star in this year's rendition of the company's production, which started in 1954.

Her mother describes Charlotte as "quiet and artistic" and says she loves to draw and sing.

"I saw her perform and she was just so inspiring and so beautiful. When I saw someone who looked like me onstage, I thought, that’s amazing. She was representing me and all the people like me," she told the NY Times.

Nebres will be joined by a diverse group of young leads.

Nebres' Prince, Tanner Quirk, is half-Chinese. Sophia Thomopoulos, who will also play Marie, is half-Korean, half-Greek. Sophia's Prince will be played by Kai Misra-Stone, who is half-South Asian.

"City Ballet, which takes most of its members from the School of American Ballet, its affiliate, is also showing signs of change. Over the past seven years, 62 S.A.B. students have become City Ballet apprentices; of those, 21 identify as nonwhite or mixed; and of those, 12 refer to themselves as black; four of those are women. That carries weight: Since the 1970s, City Ballet has largely had only one black female dancer at a given time," said NY Times journalist Gia Kourlas.

Did you know? Trinidadian one of first black men to serve in WWI