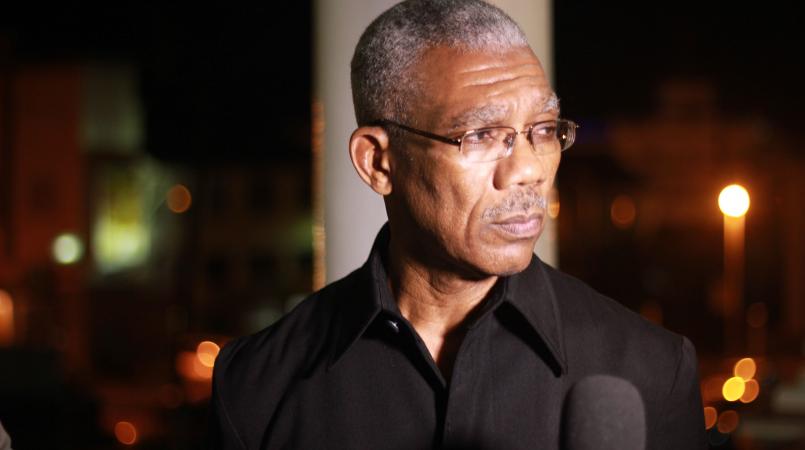 Guyana's two main political leaders met on Wednesday for the first time since the opposition approved a no-confidence motion last month and assured people that the South American country will abide by its constitution and call fresh elections soon.

The announcement is expected to appease investors as Guyana prepares to become what experts believe could be Latin America's second-biggest oil producer within the next decade.

President David Granger and opposition leader Bharrat Jagdeo met for more than an hour and agreed to a new round of elections once the local elections commission is prepared for them. Granger, who still has nearly two years left in his term, said in a brief broadcast after the meeting that his administration is not afraid of elections and will work with the commission to set a date.

"Public services have to be delivered and public order has to be maintained," he said.

Meanwhile, former president Jagdeo said he agrees that the government has to keep operating until new elections: "We don't want our country to go into a constitutional crisis. The president said he doesn't want Guyana to be seen as a failed state."

But he warned the ruling coalition not to submit any new bills until then.

Granger's administration, however, filed two motions in court this week in response to the Dec. 21 no-confidence motion that the 65-member assembly passed with 33 votes. One of the votes came from Charrandass Persaud, a legislator of the ruling coalition who has since fled to Canada. Government officials argue that 34 votes constitute a majority, and they question whether a legislator with dual citizenship and a foreign passport can vote in the assembly and bring down a government.

Persaud has since been expelled from Parliament and replaced. The government has officially accused him of taking a $1 million bribe and said they are following several investigative leads. Persaud on social media has denied taking a bribe and called it a "conscience vote" based on his disappointment with the coalition government.

A court is scheduled next week to hear the motion filed against Persaud, but no date has been set for the motion that questions the vote majority.

The political upheaval has worried those who anticipate Guyana could become a major oil producer in upcoming years.

Exxon drilled its first successful well off the coast of Guyana in 2015 and since then has made nine more discoveries, including one last month that boosted to 5 billion oil-equivalent barrels the company's estimate of reserves in the deep-water area.

The start of oil production is expected for late 2019 or early 2020. Initial production levels have been estimated at 120,000 barrels per day, possibly reaching up to 750,000 daily by 2025 when two other major fields begin production.

Lessons to be learnt from collapse of Guyana gov’t, says Moonilal