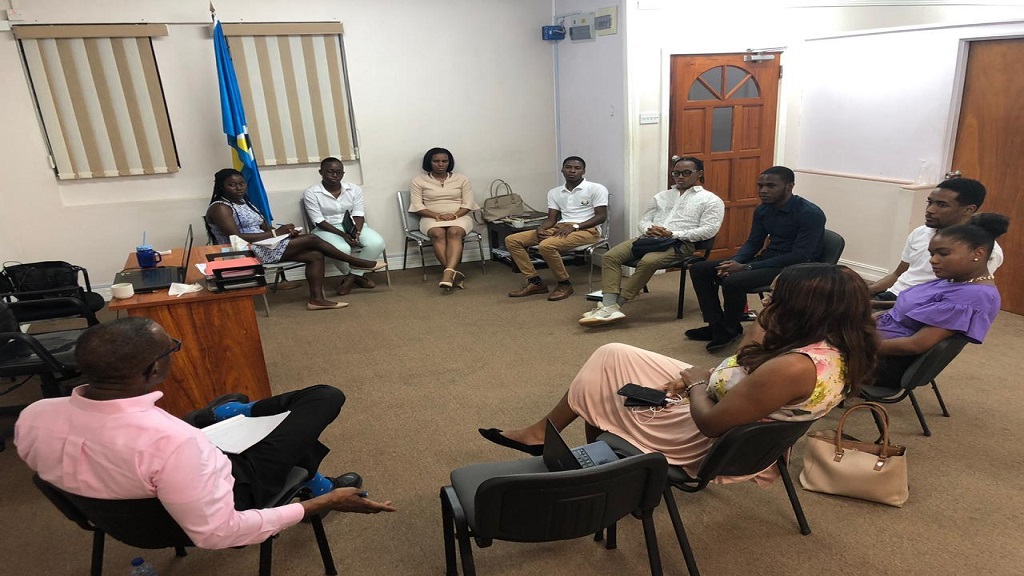 The Saint Lucia National Youth Council (SLNYC) met with Opposition Leader Philip Pierre, to discuss the future of the organization and the members which it represents, the youth.

The meeting, which took place on July 14, 2020, focused on the SLNYC’s respective visions for the development of young people in Saint Lucia.

Among the topics discussed during the dialogue were COVID-19, education, the economy, health, sports and employment.

During this meeting, SLNYC sought to gain greater perspective and engage in dialogue with the Opposition Leader on his vision for youth and the country.

“The role of the Saint Lucia National Youth Council is to represent the collective voices of Saint Lucian youth, and as such, we see these as imperative as we work to ensure that the youth development agendas are embedded in the plans of all political parties.

Over the coming weeks and months, we will continue to engage in similar dialogues with leaders from all sides of the political divide. The Saint Lucia National Youth Council thanks Hon. Pierre for the invitation to meet, and we look forward to engaging him and his colleagues in future dialogue,” the organization said.

Pierre also indicated that the meeting was an opportunity for him to hear the views of the members of the organization which is responsible for the representation of young people in Saint Lucia.

“The future is now,” Pierre stated, “COVID-19 has accelerated the global movement towards more self-sustainable economies, models of governance have changed, and the technological revolution is here.”

According to him: “The decisions we make as leaders now will impact our children’s future. That's why I have made it my mandate to not only engage the young people of this country but to provide a seat at the round table for them to have an equal voice in the affairs of St Lucia. I wish to thank the National Youth Council for answering my call to meet with them, to discuss ideas and concerns while I shared some of my plans. This is just the initial meeting of many other sessions that will occur.”

Pierre: Opposition not invited to take part in COVID-19 telethon