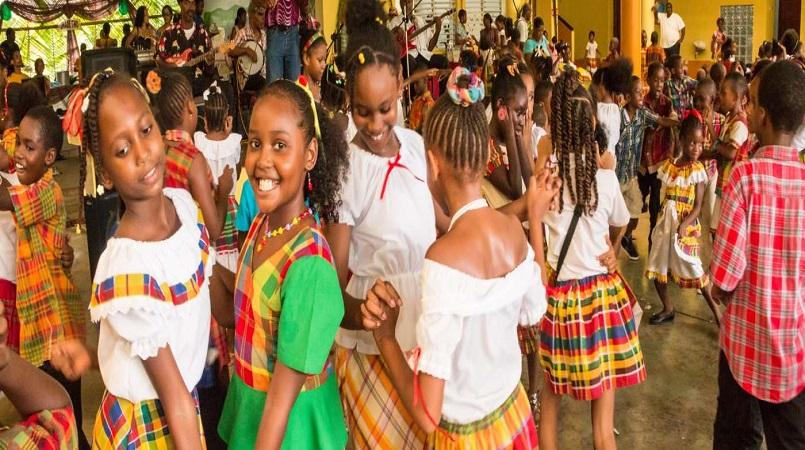 Today is Jounen Kweyol in St. Lucia, the culmination of a month long celebration of the practices and traditions of St. Lucians of long ago.

In the month of October, Creole Heritage Month, the way of life of St. Lucians in times past is recognized by displaying artifacts, relics, products, clothing and materials used by their ancestors. Educators of the Kweyol language, kweyol activists and others also take time to applaud, observe and pay respect to St. Lucians past and present who have contributed significantly toward preserving and spreading the culture of the past be it in song, dance, theatre, and everyday life.

But it has not always been like this. In fact, while there have always been attempts at keeping the creole culture of St. Lucia alive, the level of observance today is something quite recent.

Observance of Jounen Kweyol actually started in the 1980s and rapidly bloomed into an event of national proportions to the extent that the Friday prior to the Sunday on which it is observed, schools and business establishments have programmes or events dedicated to the day.

This new association was called Bannzil Kweyol. At a meeting in 1983 it declared October 28 as International Creole Day and held its first international festival that same year on that day.

Since then the day has been one in which a variety of creole languages have been celebrated. Soon some people started recognizing all of October as International Creole Month.

St. Lucia is not the only country with a creole language, which started out as pidgin – simplified mixed languages that are developed between two peoples who do not share a language but interact regularly. Overtime, pidgin can develop into a stable creole language such as what happened in Haiti and other Caribbean countries, St. Lucia being another example.

It must be noted that not all creole languages are French based.

St. Lucia is unique in that it has the biggest and longest running celebration in Jounen Kweyol (Creole Day) which is held every year on the Sunday closest to October 28.

Jounen Kweyol, St. Lucia style, has grown so big that St. Lucians living outside of St. Lucia observe the day as well and in grand style and fashion similar to their home country.