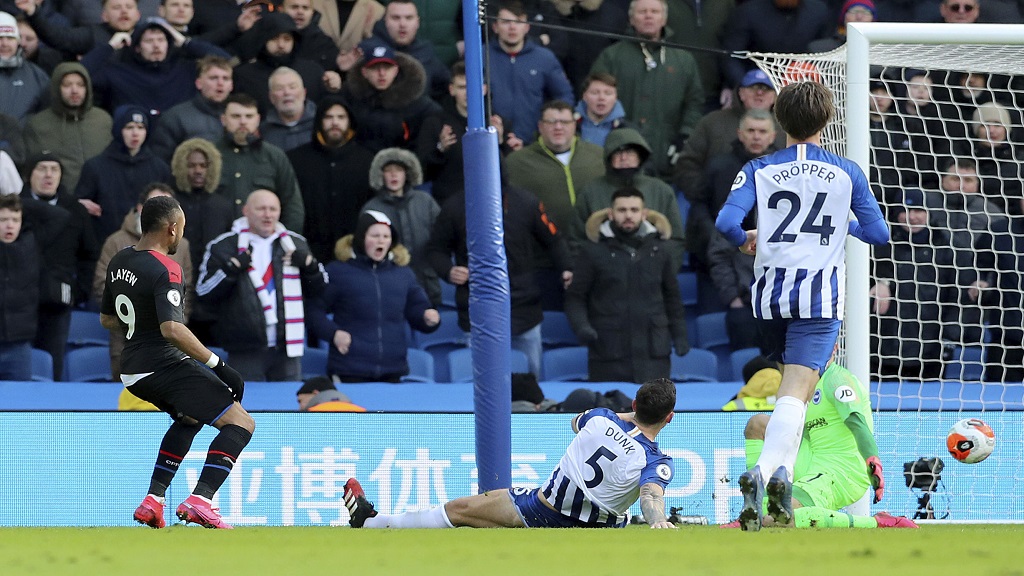 Crystal Palace moved closer to securing another season in the English Premier League (EPL) after riding their luck before snatching a 70th-minute winner through Jordan Ayew in a 1-0 victory over Brighton on Saturday.

Palace climbed to 36 points - 12 clear of the bottom three - and left Brighton in the relegation scrap and regretting a series of missed chances at Amex Stadium.

A rivalry has developed between the teams in recent decades - Palace are the nearest major team to Brighton on the south coast - and it almost came to a head in the first half when Palace winger Wilfried Zaha spat in the direction of Brighton substitutes warming up beside the field then shoved one of them, Ezequiel Schelotto.

Zaha was not punished and Schelotto was yellow-carded, apparently for kicking the ball at Zaha.

Palace somehow managed to hold firm in the face of a constant supply of opportunities for Brighton, with Solly March shooting wide from the edge of the six-yard box and Lewis Dunk’s goalbound header smashing into the face of teammate Neal Maupay near the line.

The visitors took advantage by scoring on a rare breakaway, Christian Benteke playing in Ayew to slot home a finish off the leg of Brighton goalkeeper Mat Ryan.

Zaha missed two great chances in injury time, hitting the post with one of them with the goal empty.

Juventus-Inter among 5 Serie A games postponed amid coronavirus fears