The parents of 5-year-old Skylar May “Mimi” Ebanks, a brain cancer survivor, recently launched a special initiative in the form of cart filled with games and other items which will be available for pediatric patients at the Cayman Islands Hospital.

The cart dubbed ‘Mimi’s Happy Cart’ will offer children a creative and thrilling distraction while they wait to be seen by a doctor or admitted to the ward.

Mechon and Tommy Ebanks, parents of cancer survivor Skylar May “Mimi” Ebanks, launched the initiative to spread awareness of childhood cancer and gave back to the community in celebration of their daughter’s fifth birthday and five years in remission. 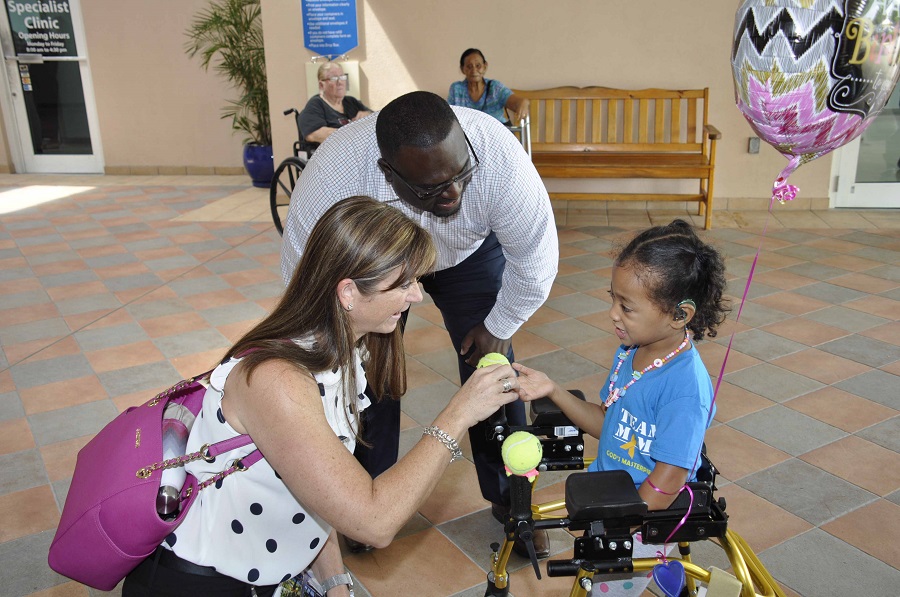 At five weeks old, Mimi was diagnosed with brain cancer at the Cayman Islands Hospital.

The five-year-old underwent treatment including two brain surgeries and six rounds of chemotherapy at St. Jude Children’s Research Hospital in Memphis, Tennessee, US.

Since Mimi’s treatments in the United States, subsequent checks have consistently shown no evidence of disease.

“The support that we received from the community throughout these five years has been amazing and means a lot to our family. We consider Mimi a miracle baby and a blessing. To show our appreciation we wanted to pass that blessing on to our community by giving back to other children who are going through challenging times,” said Mimi’s mother, Mechon.

“She is a miracle baby. When she was diagnosed, there was a grim prognosis for her and a lot of things were against her, even her survival,” added Mimi’s father, Tommy Ebanks. 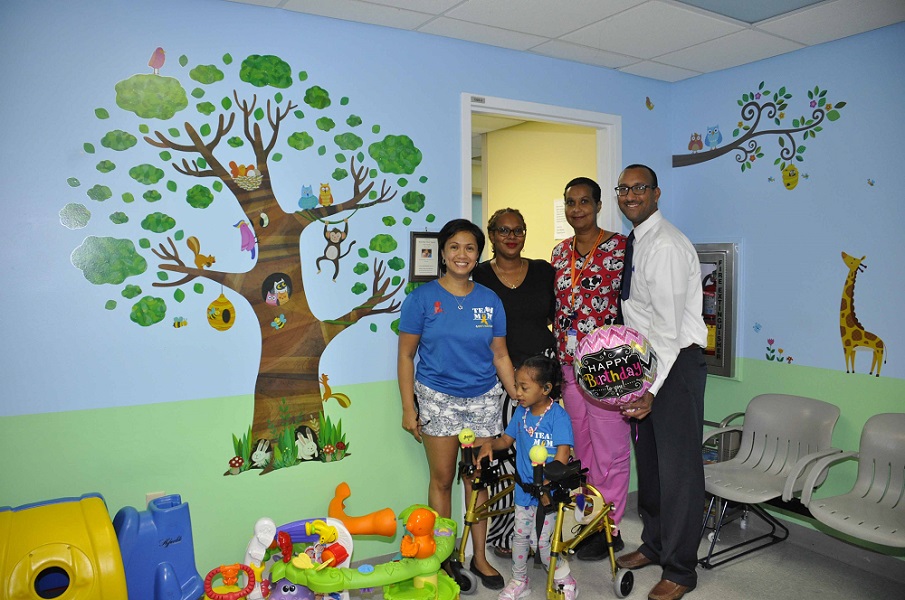 In addition, the family teamed up with the Caribbean Utilities Company (CUC) to repaint the paediatric clinic, decorating the walls with Dr. Seuss quotes and animal decals.

The Ebanks’ also delivered gifts to children at the paediatric clinic and on the ward.

“This is such a heartwarming moment for me and the paediatric staff. We want to thank the Ebanks family and their little warrior princess Mimi for their very thoughtful and generous contribution to our unit. I know Mimi’s Happy Cart will definitely bring smiles to our patients’ faces,” said Head of Paediatrics Department Dr. Chela Lamsee-Ebanks.

Mimi’s mother noted that the family will be replenishing Mimi’s Happy Cart monthly.

Mimi Ebanks celebrated her fifth birthday on May 31.

Over 20K raised for Cayman Prep student with cancer