Parents keeping kids away from Patience Combined due to conditions 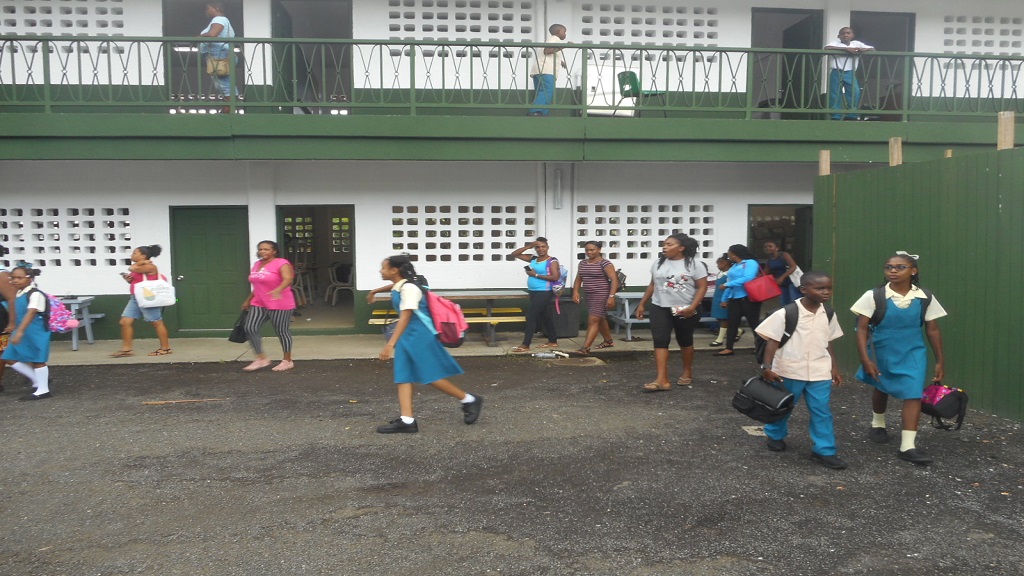 Parents of students at the Patience Combined School have described government as disrespectful and uncaring for not preparing the school for its re-opening this academic year.

Parents reacted Tuesday, September 3, 2019, by having their children boycott classes until the situation is improved.

As the irate parents were about to leave the school’s compound with their children, a visibly surprised Gale Rigobert, Minister of Education, arrived at the school where she attempted to address their concerns on the vexing issue.

However, at the end of the day, the students were asked to return to their homes until further notice.

Due to the sharp reduction of students at the Mon Repos Combined School, the government had taken a decision to merge it with the Patience Combined School.

According to a press release from the Ministry of Education last week, the Patience Combined School was scheduled to re-open on Monday.

In an interview with Loop News, president of the Parent/Teachers Association of the Patience Combined School, Damian Jn. Baptiste, said that the school is riddled with a multitude of problems which rendered it unfit to re-open on time for this academic year.

He identified some of those problems as ongoing construction work on the school, which creates health and safety concerns; a lack of furniture at the school; insufficient uniforms for students; and inadequate teaching materials for teachers.

“The situation at the school today is very disturbing. Teachers and parents are displeased with what has happened here this morning. They are upset about the school’s unpreparedness for its re-opening,” Jn. Baptiste said, describing the situation as disrespectful on the part of the ministry.

He said that the school is in such a terrible state that the parents were the ones who had to clean it in a bid to have it better prepared for its re-opening. 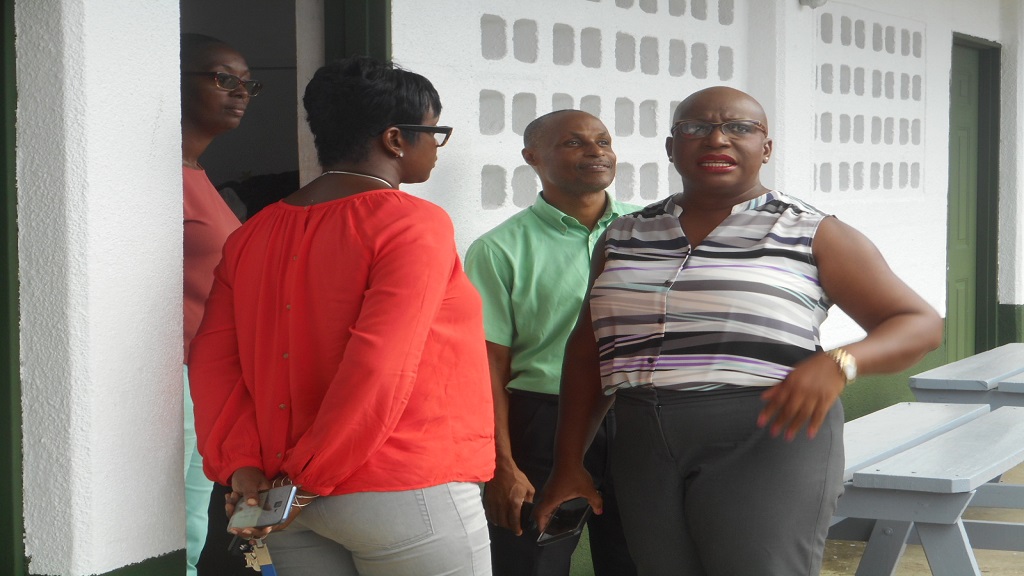 In addressing the parents, Dr Gigobert, who is also the parliamentary representative of Micoud South, said at a Saturday night meeting that she was at the school communicating with stakeholders to ensure that the school would be in good condition for its re-opening on Monday.

On the issue of inadequate uniforms for the students, she said she was surprised that they were not available as yet because she was given the assurance by the person contracted to supply them that they will be ready for the re-opening of school.

“Someone has dropped the ball,” Rigobert lamented.

As it relates to the shortage of furniture at the school, Rigobert said they had expected to obtain additional furniture from the Mon Repos Combined School, but recently realized that the condition of the furniture there was even worse than those at the Patience Combined School.

Present at the meeting was also the District Education Officer (DEO) for District 5, Gabriella St. Paul.