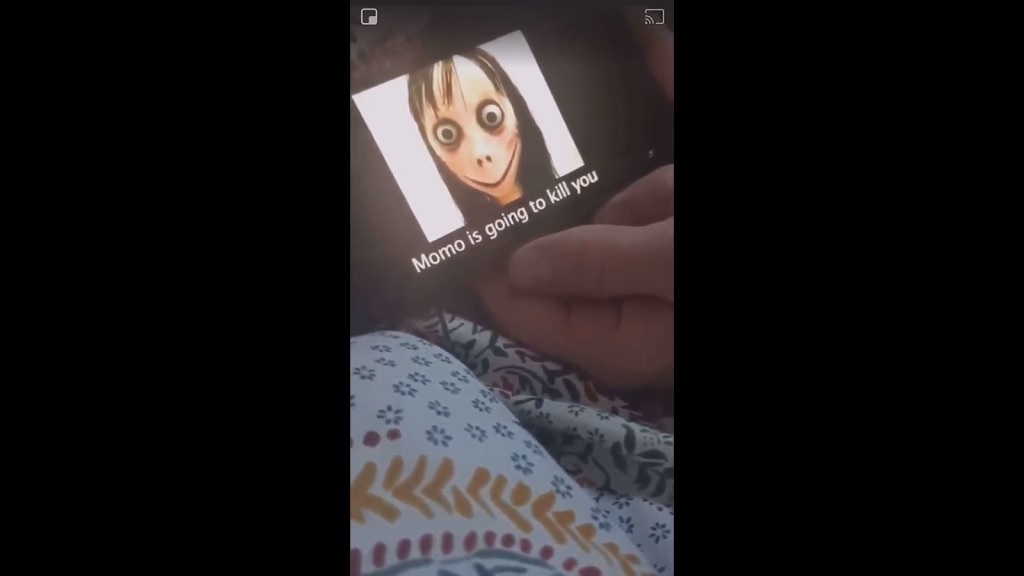 Screenshot of video shared via social media showing the 'Momo challenge' which appears in children's videos, encouraging children to self-harm.

Parents are being warned of a sinister video circulating on social media programs such as Whatsapp and YouTube, which allegedly encourages children to harm themselves.

The BBC reported that police in Northern Ireland are aware of the video, called the 'Momo challenge', which they believe is being used to harvest information.

The video shows a character with bulging eyes and a scary grin, which encourages children to add a contact on messaging service Whatsapp and then sends them violent images and dares, as well as acts of self-harm.

The final post tells the reader to take his or her life.

Previously, concern was raised in the US about the 'Blue Whale' challenge in 2017, a 'game' which encouraged players to harm themselves and the final challenge asking them to commit suicide.

Authorities have asked parents to place firmer controls on the content their children have access to and to ensure children understand the importance of not giving out personal information to people they don't know.

Parents are also encouraged to use parental controls online to keep their children safe.

Several schools in the UK reported that the 'Momo challenge' appeared midway through Kids YouTube, Fortnight, and YouTube videos of Peppa Pig.

The image of the character used in the challenge is said to have originated from artwork in Japan and was used without the knowledge or consent of the artist.