Pedestrian struck while attempting to cross road in Bexon 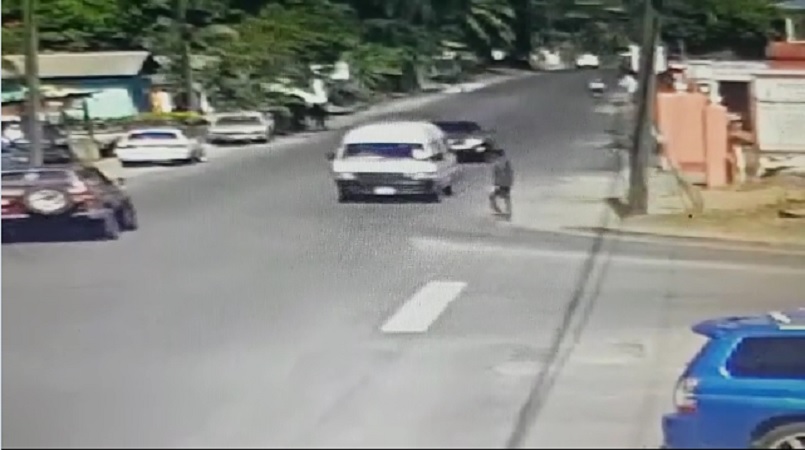 The Saint Lucia Fire Service responded to an accident in Bexon Wednesday morning after a pedestrian was knocked down by a motor vehicle.

The incident, which was caught on CCTV cameras in the area, has been making rounds on social media.

A male individual standing in the Deglos Junction was awaiting vehicular traffic to come to a stop in order for him to cross to the other side of the road.

The individual, however, was blindsided by another vehicle which appeared to be travelling bumper to bumper with another which he believed was the last, walking straight into the moving vehicle.

The SLFS were unavailable for comment on the matter at this time.