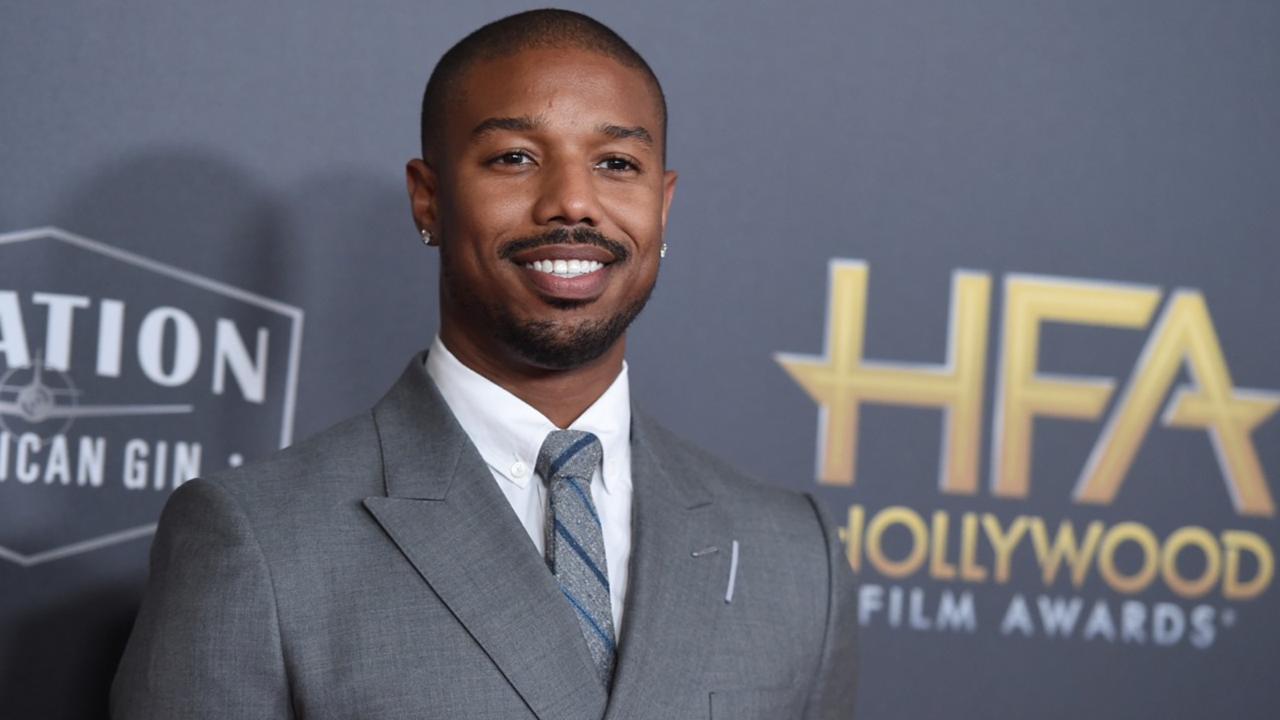 Michael B. Jordan arrives at the Hollywood Film Awards on November 4, 2018, in Beverly Hills, California (Photo by Jordan Strauss/Invision/AP, File)

Actor Michael B. Jordan has been crowned as 2020's Sexiest Man Alive by People magazine.

Jordan, known for his critically-acclaimed performances in “Fruitvale Station,” “Creed” and “Black Panther,” was revealed as this year’s winner Tuesday night on ABC’s “Jimmy Kimmel Live!”

The actor appeared on the late-night talk show dressed in a yellow biohazard suit. He revealed his identity after removing his helmet, which had a smiley face. He said he learned about the honour during a call from his publicist while driving with a friend.

Jordan tells the magazine in an issue out Friday that the honour is a “cool feeling.”

“You know, everybody always made that joke, like, ‘Mike, this is the one thing you’re probably not going to get,’” he said. “But it’s a good club to be  part of.”

The 33-year-old Jordan said the women in his family are “definitely proud of this one.” He credits his entire family for supporting him throughout the years.

“When my grandmother was alive, it was something that she collected, and then my mom naturally reads it a lot and my aunts as well,” Jordan said. “This is one that they’re definitely going to have a special place for.”

Jordan’s steady rise has come through strong performances on television on the series “The Wire” and “Friday Night Lights.” He made his mark in film as the police shooting victim Oscar Grant in “Fruitvale Station,” boxer Adonis Creed in the “Rocky” sequels “Creed” and “Creed II” along with his stellar work as Erik Killmonger in the record-breaking “Black Panther.”

Along with his acting endeavours, Jordan has championed change behind the scenes in Hollywood. He started his own production company, Outlier Society Productions, which was among the first to embrace the inclusion rider, adopting the pledge to seek diverse casts and crews.

Jordan has been active in the Black Lives Matter movement and vocal about early voting registration for this year’s election.

“I think there’s a time and a place for everything,” he told People. “I’ve been picking my moments to make the most impact. We can all take action — big or small — to help create the change we want to see.”

In 10 years, Jordan hopes to direct and produce more than taking on acting roles.

“Just growing, whatever the next evolution of me is,” said the actor, who will star as a former Navy SEAL-turned-CIA operative in Tom Clancy’s “Without Remorse.” “Hopefully a family by then, I’m going to throw that in the universe. I want to make an impact all over the world and not just through the roles that I play.”

Michael B Jordan on the death of his friend: I wish we had more time

Black Panther Director on Chadwick Boseman: He was a special person