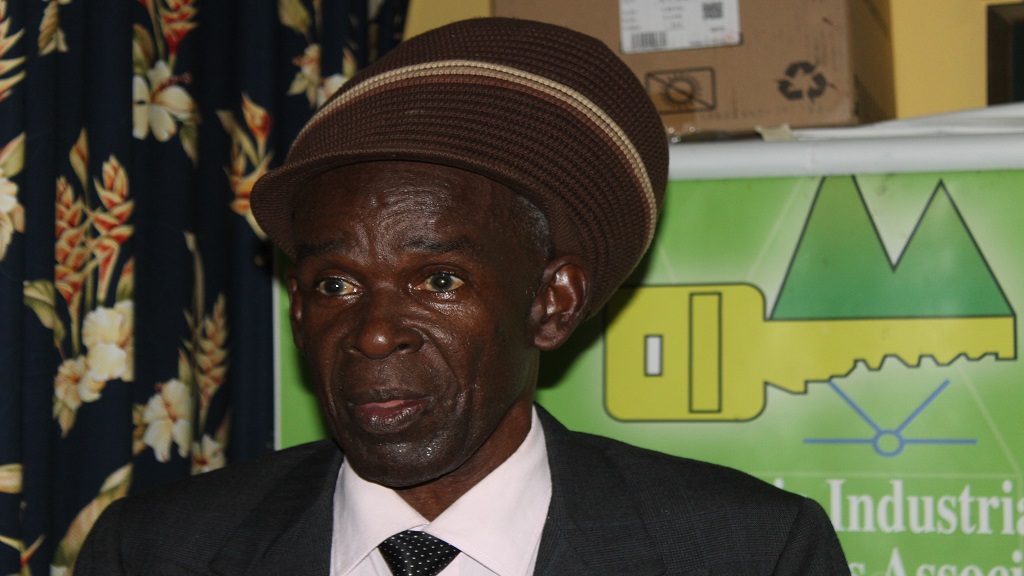 There were three spoiled ballots.

Isaac will be president for the next two years, making him the only president of the 27-year-old Association. Gillette was the first challenge to Isaac’s presidency since the formation of the Association.

The elections were overseen by members of the Saint Lucia Electoral Council and were deemed free and fair by all 70 vendors who were in attendance.

Vendors' overwhelming confidence in Isaac may come as a blow to many of his detractors who have been calling for his removal as president of the Association, which has been in constant conflict with the Castries Constituencies Council over the years - including this year.

In fact, Isaac’s re-election may not sit well with Castries Mayor, Peterson Francis who has been at the forefront in calling for a change at the head of the Association and who, since being appointed mayor by the ruling United Workers Party in August 2016, has been at loggerheads with Isaac over a number of issues pertaining to vending in the City of Castries.

Isaac, minutes after the elections, made it clear that when it came to vendors, he would not lose an inch of ground to the authorities.

“I am happy that the vendors have once again endorsed me as their president. I appreciate this very much. I see myself as the voice of the voiceless. I love vendors. I love those people who are vulnerable to many things yet who contribute so much to the economic development of the country,” he said.

Defeated candidate, Gillette admitted that the elections were fair. He said he appreciated the democracy that took place that resulted in Isaac being re-elected.

“The elections were free and fair. The secret ballots were good because over the years it was just a showing of the hands. I had a vision for the vendors but although I lost, I will still be vocal as a member of the Association. I will always be there to assist and see that things go right,” Gillette said.

The elections took place last night at the Association’s Biannual General Meeting and Awards ceremony, under the theme ‘Unity in Adversity in the Face of Adversity’. Ten vendors were awarded, with the Vendor of the Year Award going to Sylvia Calderon.

Sponsoring the whole affair was the Saint Lucia Industrial and Small Business Association (SLISBA), an advocate of small businesses, especially those that fall in the micro sector like vendors.

They have benefited through technical support given to them by SLISBA in a wide range of areas, including and not limited to online and internet support, preparation and completion of letters/forms/applications for a number of things beneficial to their businesses.

Voting was through secret ballots with vendors who were eligible to vote lining up in orderly fashion and as directed by the representatives of the electoral’s office to cast their ballots.