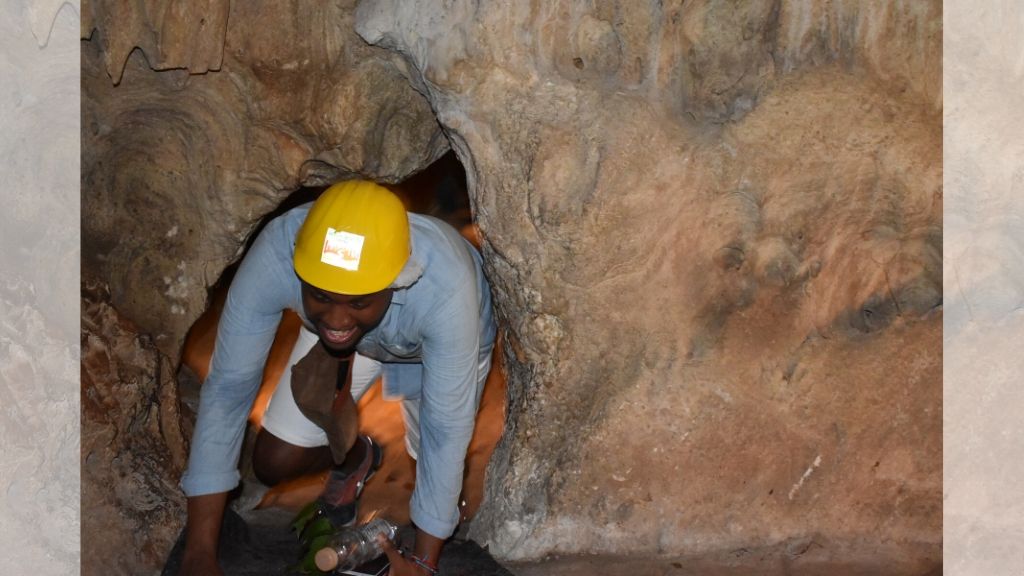 The Green Grotto Caves & Attractions is a prominent North Coast tourist attraction that has been around for years.

In terms of size, popularity, and history, the Green Grotto Caves is second to none.

Though the caves are currently closed, Loop Lifestyle went on a private tour organized by the Urban Development Corporation of Jamaica (UDC), owners of the heritage site.

SEE SOME PICS FROM THE RECENT EXCURSION BELOW

Situated on 25.9 hectares of the island's beautiful North Coast, the Caves are located between the resort centres of Ocho Rios and Montego Bay. It is located in Runaway Bay, St Ann – about 15 minutes from the Highway 2000 exit.

The caves are steeped in African history and have been known to exist and have been used – based on artefacts discovered – from as far back as the sixth century (over 800 years ago).

Plus, early archives date the opening of the Green Grotto Caves as an attraction in the 1960s.

1 The tour guides provide great insight and knowledge of the site’s rich history. Upon entry we met customer service representative Shanagay Cunningham, who passed the baton to the tour guide of the day Dwayne McFarlane – both performed superbly.

2 The Green Grotto Caves is home to many indigenous species including the Jamaican Fruit Bat (Artibeus jamaicensis), the Jamaican Fig-Eating Bat (Ariteus flavescens), and the critically endangered species of Phyllonycteris aphylla aka the Jamaican flower bat.

3 The caves are a natural habitat for other nocturnal creatures as well, which means environmental standards are strictly enforced and practised. A few rules include ‘No eating/drinking/smoking allowed inside the caves’, ‘No pets’, and ‘No children under four years old permitted on the tour.’

5 Stalactites, stalagmites, and rock pillars form many shapes including the popular ‘Map of Jamaica’, a shape identical to a rhinoceros, a shape that casts a shadow resembling a young girl, and other abstract shapes that coincidentally resemble.

6 Roots from the Banyon Fig run throughout the caves, once served as a source of direction for runaway slaves, and signify a nearby water reservoir.

8 There are a total 65 steps to the deepest part of the cave with an underground lake that’s 19 ft deep in the centre (which is close to four hundred thousand gallons). The water comes from an outside source – an untouched, hidden gem known as the St George’s Lake.

9 One of the most insidious threats to the caves in recent time has been the cane toad (Rhinella marina), which is extremely poisonous. All stages of the life cycle (eggs, tadpoles, and adults) produce strong toxins (bufogenins), which are lethal to many animals if ingested.

10 Explore the underground lake, that, back in the day, was used for boat rides and parties; when ‘a little girl in uniform’ drowned, the boat rides came to a halt.

Travel Tuesday: No hablo Español, but, I love Cuba big much!