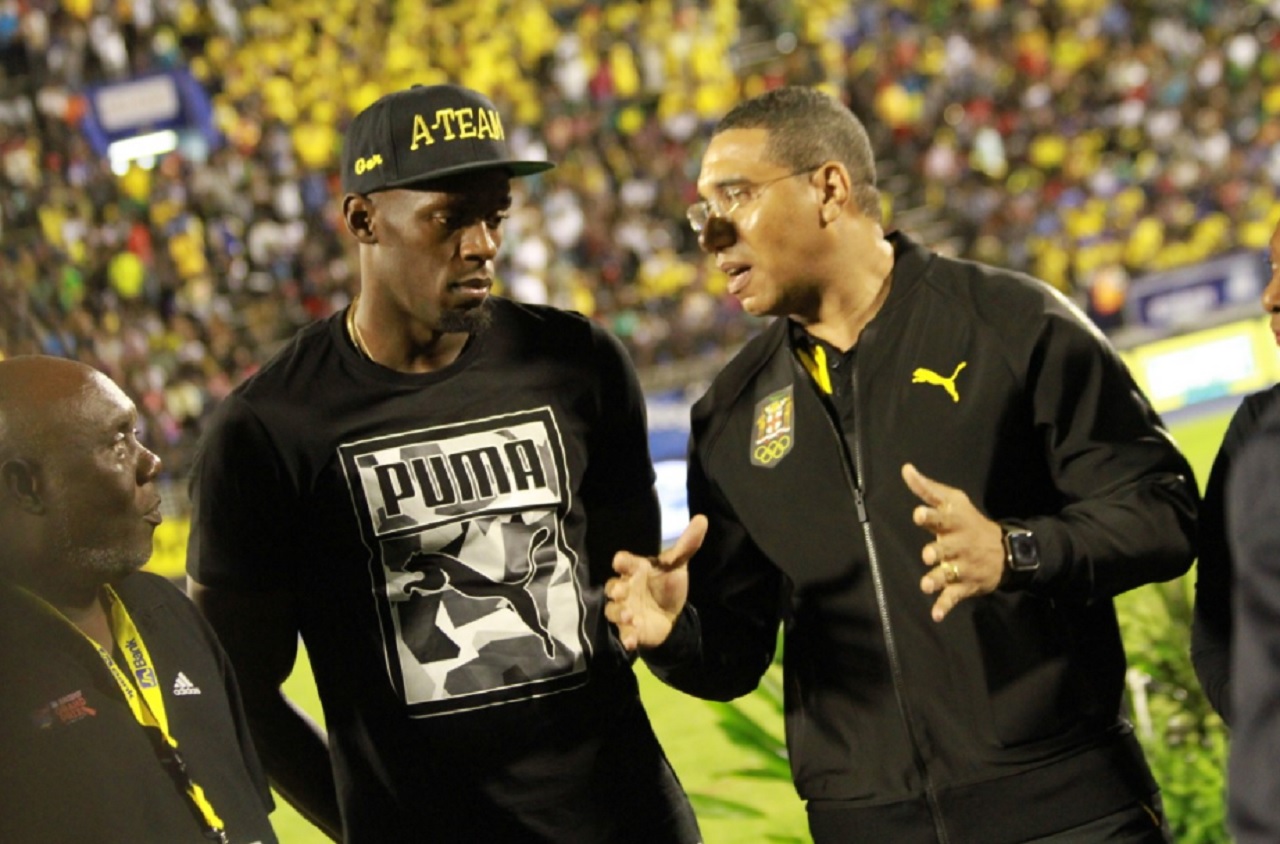 Eight-time Olympic champion Usain Bolt of Jamaica, in his final race on home soil on Saturday night, received an emotional farewell at the second staging of the JN Racers Grand Prix.

Bolt did not disappoint as he recovered from a sloppy start to easily win the 'Salute a Legend' 100m race, in what was his first individual race of the 2017 track and field season.

The 100m and 200m world record holder clocked 10.03 seconds to win and then took a lap of honour in front of a sell-out crowd. After the lap of honour he kissed the finishing line before flashing his signature 'lightning bolt' pose.

The meet dubbed ‘Salute to a Legend,’ was used to celebrate the achievements of the world's fastest man, who intends to retire after the London World Championships in August.

The 30-year-old Bolt has three events left before retirement —  Ostrava on June 28, Monaco on July 21 and the August 4-13 World Championships in London, United Kingston.

The Jamaican enjoyed a stellar Rio Olympics in 2016 when he sensationally secured the 'treble treble' - three sprinting gold medals in three consecutive Olympics - and finished his Olympic career with nine gold medals, a 100 per cent win record in finals.

But in January 2017, Bolt saw his haul of Olympic golds diminish to eight, as the International Olympic Committee stripped Jamaica of the men's 4x100-metre relay crown they claimed in Beijing in 2008, Nesta Carter having tested positive for a banned substance when a sample was re-examined.

Loop News photographer Marlon Reid was at the National Stadium on Saturday night  to capture the  occasion and he brings you these pics.

What the athletes say about Usain Bolt