Pierre and Francis at odds over National Crime Commission snub 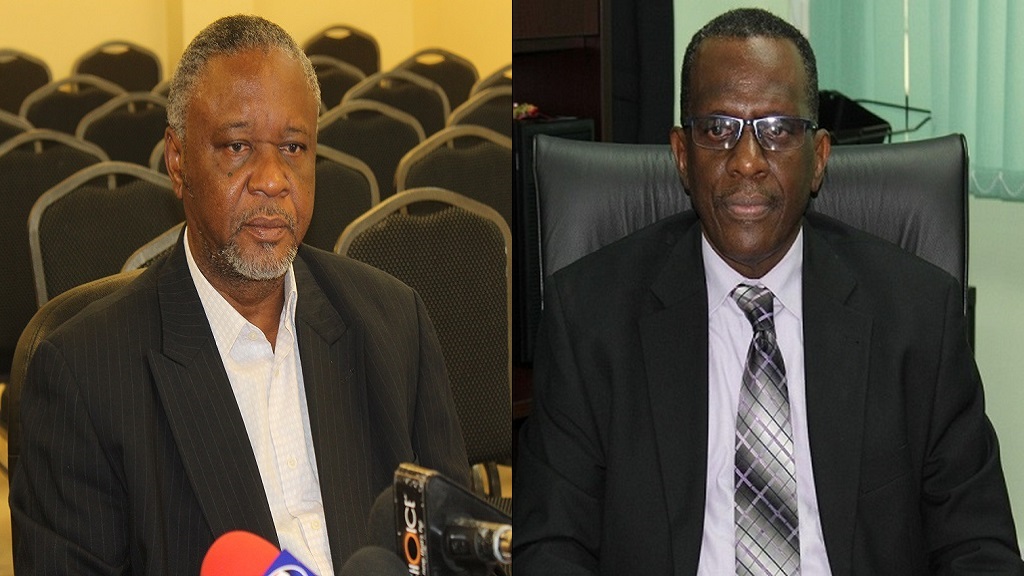 It appears that National Security Minister Senator Hermangild Francis and Opposition Leader Philip Pierre are at odds, if not loggerheads, with each other.

Speaking to reporters ahead of Tuesday’s sitting of the senate, Francis was probed by reporters in connection with the exclusion of the leader of the opposition from the composition of the National Crime Commission.

According to Senator Francis; there is no place for the leader of the opposition on the council.

“I think Mr Pierre head is not the right place right now for the National council. When he gets ready then he will be able to come.”

Francis has taken issue with statements made in the media by the opposition leader, which he believes were directed at him.

Opposition Leader Philip J Pierre says that the idea that he is at loggerheads with Francis is news to him.

“I have an opinion and will continue to express my opinion,” Pierre declared.

“The business of crime is too serious for us to get personal about it,”  Pierre noted.

Pierre recalled receiving an invitation to be part of the National Crime Commission and responded to Senator Francis seeking clarification as the level of the commission is of a very high nature.

To date, he says there has been no response from the Honorable Minister.

“I don’t know what Mr Francis calls attacking, I have an opinion, I am the leader of the opposition I represent 37,000 people in Saint Lucia, I have an opinion and my opinion would have to be heard. I have never said anything personal about the minister. I said and I repeat that ministers should not get involved in the operations of the Royal Saint Lucia Police Force.”

“I never implied that Mr Francis was getting involved in the running of the police force, and if he is not then he has nothing to worry about. I really believe that policing should be out of political control,” Pierre asserted.

According to Senator Francis, he and Mr Pierre are very good friends and he feels the opposition leader should have spoken to him personally before making such statements in the public domain.

“I am being attacked left, right and center. You cannot be at loggerheads with the minister of Home Affairs and expect to sit on a table with him…What’s the point?” Francis said.

And while it would appear that the composition of such a commission would include crime and security experts, the Prime Minister revealed that his cabinet of ministers, in addition to the hierarchy of the Royal Saint Lucia Police Force formed that body.