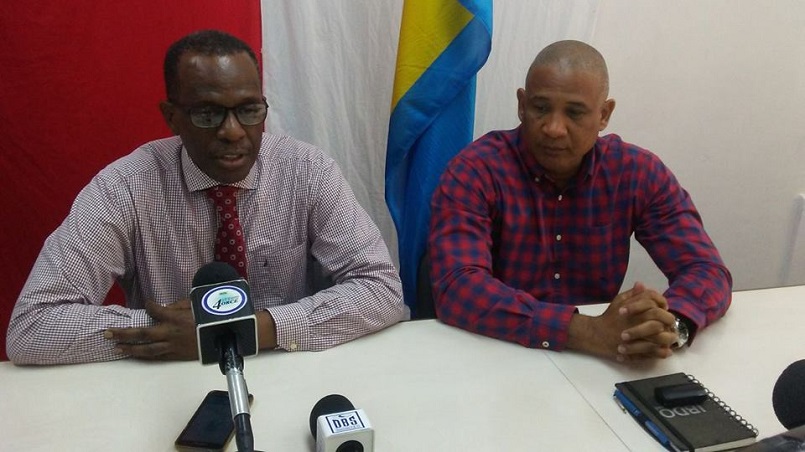 "The Saint Lucia Labour Party is appalled but not surprised at the callous and uncaring manner that the government of the UWP continues to treat health care for the citizens of Saint Lucia.
After nearly two years in power the state of health services in the country has never been worse. The government has failed to give any meaningful leadership or direction to the health services.

When the UWP gained power they found a St. Jude’s hospital under construction and nearing completion. Instead of continuing work on the building the government embarked on what can be considered the biggest con ever inflicted on the nation.

The UWP commissioned a million dollar audit and have kept the report a secret. The contents of a handover report prepared by the project manager was concealed until it was leaked to the public. Then the Minister of Economic Development goes on a rampage of lies and misinformation to deceive the public on his true intentions as far as St. Jude Hospital is concerned.
To add to the deliberate confusion Ministers make contradictory statements on the St. Jude Hospital – the latest being that the structure would be handed over to a foreign concern to house a medical school.

The Saint Lucia Labour Party is concerned about the callous disregard for the views opposing such a plan – from recognized institutions, health professionals and the public in general.
Once again we are calling on the government not to pursue such a plan of action and warns that we will employ all legal means to stop such reckless action.

The money donated by foreign governments to Saint Lucia for St. Jude’s Hospital was not intended to be given to a private sector firm as a means of generating private profit.
The donations from Saint Lucians both at home and abroad were not made to be gifted to a foreign concern. The Saint Lucia Labour Party believes that this course of action shows contempt, recklessness, and irresponsibility of a heartless government.

While the government continues to be indecisive and uncaring the state of heath care in Saint Lucia particularly in the South continues to worsen. Despite the best efforts by the hard working doctors and nurses to deliver quality health services, citizens are dying due to the horrible conditions that the government has allowed to prevail at the stadium.

What government would allow people to receive inadequate health care in a temporary facility while a hospital building under construction is kept closed for two years and is about to be handed over to a private concern.

The Saint Lucia Labour Party’s position remains, no privatization, no alternative use, continue work on the hospital immediately.

On 6th June 2016 when the UWP won the election. All equipment had been procured for the OKEU Hospital.
Work on the counterpart facilities like the kitchen, laundry and carpark had commenced.

A contract had been issued for a modern hospital ICT system.
Staff and facility orientation had commenced.

Testing of the Primary systems had commenced with all electrical mechanical and fixed equipment had been tested.

Why would the government want to hand over this facility that was 16 years in the making to a foreign private concern?

The Saint Lucia Labour Party calls on government to halt immediately any plans to privatize OKEU or health services in Saint Lucia and begin immediate and transparent consultation with the health providers and the people of Saint Lucia.
We will mobilize all concerned citizens to resist any attempt by the government to privatize a hospital that has been the dream of all Saint Lucians at home and abroad.

The Saint Labour Party also calls on the government to begin meaningful consultation on a universal health care system that will allow all citizens of the country access to adequate and affordable health care services."