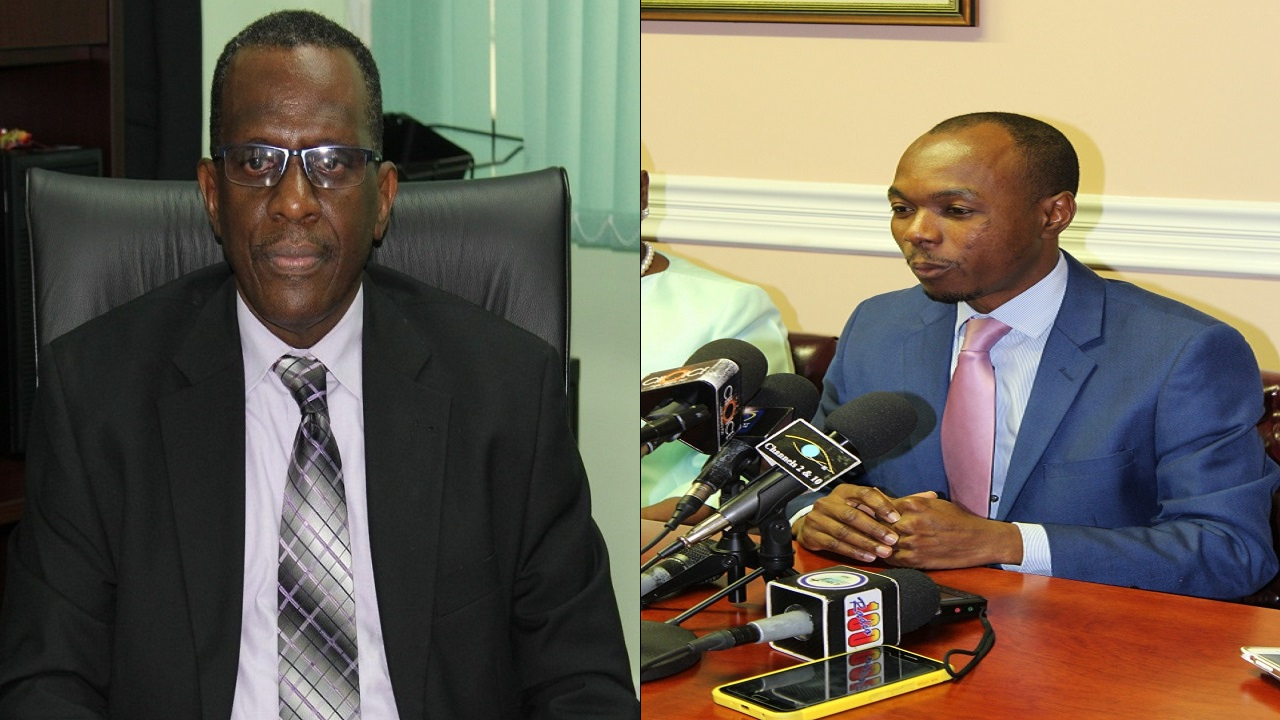 Opposition leader Philip J Pierre wants to know whether Minister in the Office of the Prime Minister with responsibility for Tourism, Information and Broadcasting Dominic Fedee has officially resigned from Sandals where he was an employee prior to last year’s general elections.

Further, Pierre wants Fedee to recuse himself from the Cabinet when matters concerning his former employer come up for consideration.

Pierre made his remarks amid the public backlash that resulted over a heated exchanged between Fedee and Miguel Fevrier, a reporter with Helen Television Service, Monday at a pre-cabinet press briefing.

The exchange dominated talk shows this week when the entire episode was played on television and on social media.

Pierre made his remarks at his own news conference Tuesday, one in which he attempted to dissect the exchange between the Minister and Fevrier at Monday’s pre-cabinet press briefing.

Fedee's previous job before winning the Anse-la-Raye/Canaries seat in last year’s general elections was as an employee of the hotel chain, holding a senior public relations position there for many years. His run in with Fevrier was over a question Fevrier ask of him having to do with vehicular concessions given to Sandals by the Cabinet of Ministers.

Sandals will soon embark on the construction of a hotel in the north of the island called the La Source, which when built will be the fourth hotel owned by the company in St. Lucia and its fifth overall property on the island, including the golf course at Cap Estate.

“We have to distinguish between Fedee an employee, agent of Sandals and Fedee a Minister of government. I’ve made the point before that Sandals have their legitimate right to request any concessions that they want to. My issue is not the request from Sandals for concessions. That is not my issue. My issue is the perception of bias and unfair treatment because you must understand that Fedee was a high level employee on the Sandals payroll, probably the day of the last general elections. We do not know. Has Fedee officially resigned from Sandals?” Pierre asked.

“Has Fedee publicly resigned from Sandals? I don’t know, nobody knows,” Pierre said.