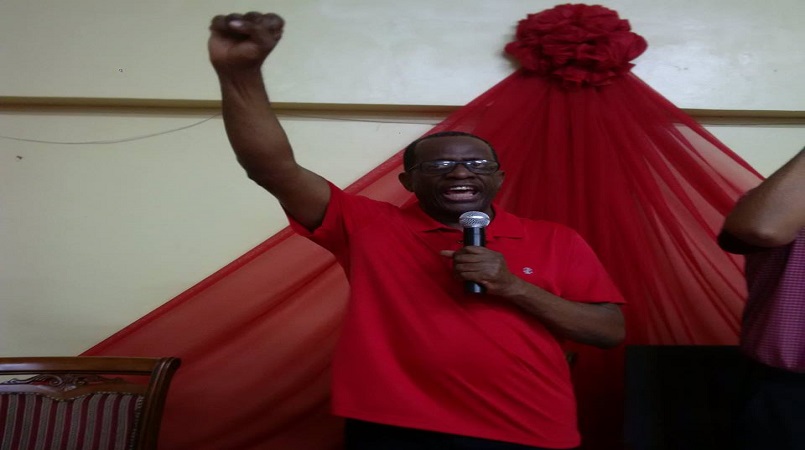 Political leader of the Saint Lucia Labour Party, Philip J Pierre, says his party is ready for general elections should it be called today or in 2021 when it is constitutionally due.

"The Labour Party is very excited, excited about the candidates that are lining up for us, women, professionals, community people,” Pierre told reporters.

The SLP political leader said his party has many really fantastic candidates for all the 17 seats represented in parliament.

“That is something that excites me in my position,” Pierre said.

He said people are not coming out to say they want to contest a seat under the Labour Party because of the vindictive nature of the government.

As to how the SLP goes about selecting someone to contest a seat, Pierre said everyone goes through a process. That process seems to be paying off as, according to Pierre, the party has already chosen new candidates.

“For certain seats, we already have new candidates, like Anse-la-Raye/Canaries,” whom Pierre said is an exciting young candidate.

“We have a process we going to roll out in the appropriate time and appropriate fashion. There are many people who want to run for us but the process is happening and hopefully we should have all our candidates very shortly,” Pierre said.

He did not want to be drawn into a discussion with reporters concerning Dr Kenny Anthony’s candidacy for the next general elections, despite being asked repeatedly whether the former leader of the party will contest elections in 2021.

Pierre ended that part of the interview by stating that Dr Anthony is very active in his constituency, which is Vieux Fort South, and that the Vieux Fort Labour Party constituency group has not said they do not want him to run.