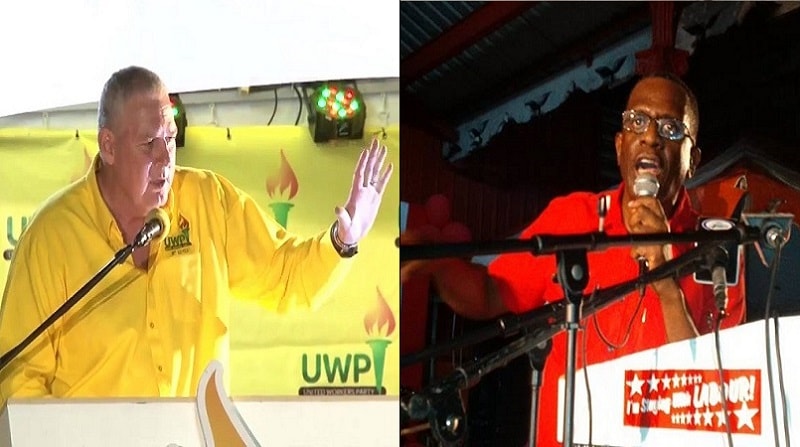 Leader of the Opposition and political leader of the St. Lucia Labour Party Philip J Pierre, has described Prime Minister Allen Chastanet’s Independence Day message to the nation as one filled with paradoxes, name-calling and things out of the realm of reality.

Prime Minister Chastanet spoke of St. Lucians still being shackled by inadequate and inaccessible health care during his message. Pierre noted that government's promised opening dates to two health facilities on the island, namely the Owen King European Union Hospital on the Millennium Highway and the St. Jude Hospital in Vieux Fort had long passed.

Another area of the prime minister’s message that Pierre took to task was the former’s plan for the sporting fraternity which was unveiled at the National Sports Awards ceremony last week.

According to the prime minister, the new plans unveiled at the National Sports Awards showed government’s commitment to the development of the youth.

“We will create world-class facilities to encourage our youth to pursue their dreams and to show them that we take their goals seriously – we support them not only in our words but also in our deeds,” Chastanet said.

But Pierre was not enthused by the prime minister’s promise of world class sporting facilities for the youth. He said that while the prime minister speaks of constructing such facilities, he refuses to tell the public how much these projects cost He also said that the two main sporting facilities on the island, including the premier one, the Daren Sammy Cricket Ground, has no water and electricity because government refuses to pay for the utilities at these facilities forcing the postponement of activities at these venues.

“While the prime minister speaks about facilities there are playing fields in the island where the grass needs to be cut,” Pierre said.

Another area Pierre took the prime minister to task on was over the establishment of Ojo Labs, which deals in Artificial Intelligence.

According to Pierre, the prime minister has yet to tell the public that it cost taxpayers millions of dollars to keep Ojo Labs open.

“If Ojo Labs was such an investment and had such great returns, why did the government have to pay an investor to make a profit in the country,” Pierre said.

Prime Minister Chastanet spoke favourably about Ojo Labs in his Independence Day message claiming that feedback from the recently opened Ojo Labs in Vieux Fort on the first round of hires was “tremendously encouraging and confirms that our young people are more than up to the task.”

On the matter of the DSH project earmarked for Vieux Fort, which the prime minister spoke of in his address, Pierre said private people were raising concerns about it and that the prime minister refuses to answer basic questions about the DSH deal and projects.

UWP to SLP: 'Where the money gone? #LockThemUp'