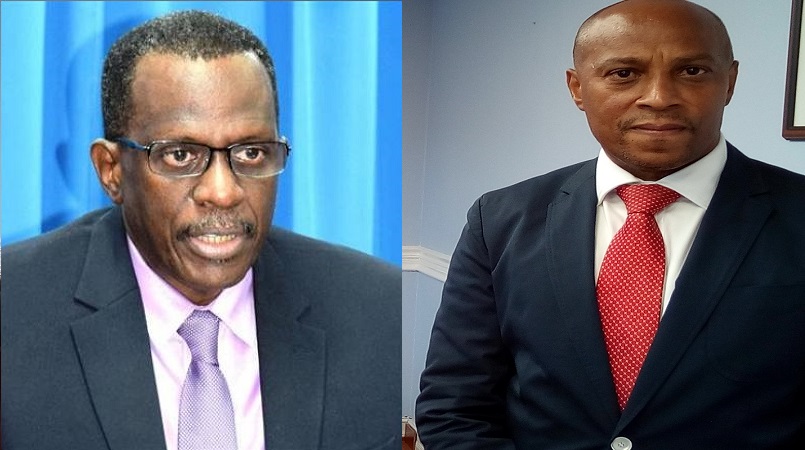 Chief Executive Officer of the Citizenship by Investment Programme Nestor Alfred has been advised by the political leader of the St. Lucia Labour Party not to allow himself to be used by politicians.

Although he mentioned Alfred by name, Philip J. Pierre said his advice pertained to all technocrats within the public service.

Technocrats, he said, must remain technocrats.

“That is an advice I am giving in good faith to civil servants. Do not sing for politicians. Do your job as a technical person, report on the technical facts and allow politicians to deal with the politics of the matter,” Pierre said.

Pierre made his comments earlier today at a press conference. His reason for singling Alfred out was due to Alfred’s announcement of the number of persons who were awarded citizenship under the programme in this financial year and from the time the programme came on stream.

Alfred on Monday told reporters that 259 persons were granted citizenship for the financial year and just fewer than 300 at the start of the programme, which is in its third year.

Said Pierre: “It was not in Mr. Nestor’s remit to say how many citizens were given passports if the document has not been laid in the House.”

According to him the law states that it must be laid in the House every three months, something yet to be done.

Pierre said that had Alfred spoken to him, he would have advised Alfred to speak to the prime minister and advise him to follow the law and put in parliament the names and addresses of the persons who were granted citizenship.

“It was not in his remit to do what the law says the prime minister must do in the parliament,” said Pierre referring to Alfred.

SLP pledges to review all new citizenships under the new CIP

Government clarifies that CIP may only be revoked under limited circumstances