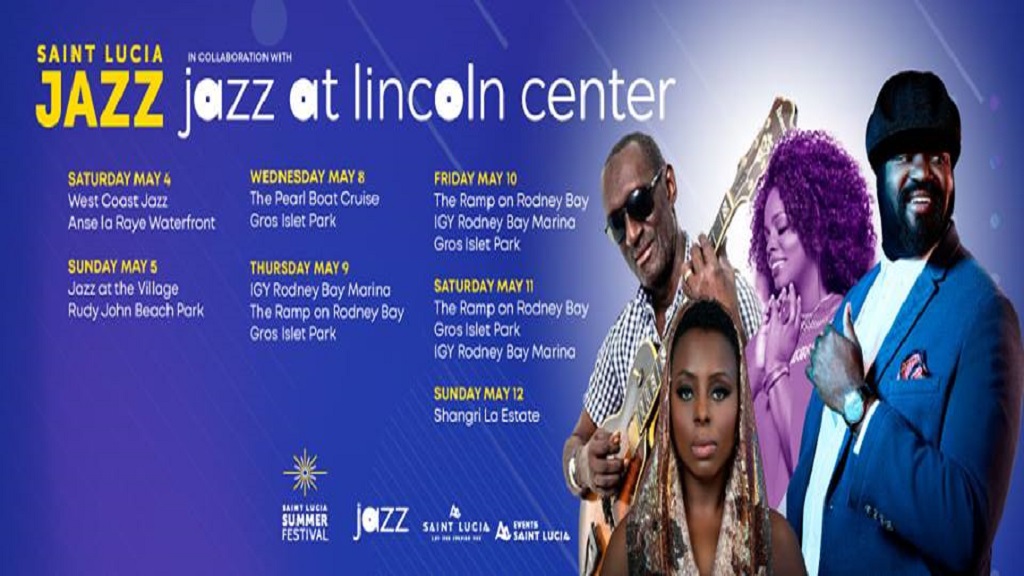 Recognized arguably as the foremost picturesque location for the hosting of jazz shows over the years, the Pigeon Island National Landmark, which most people thought would be a venue for this year’s Saint Lucia Jazz, has been axed from the venues list.

Culture Minister Fortuna Belrose said this was all in keeping with the government’s thrust to host the various events this year in smaller venues.

“The Pigeon Island Landmark is not a venue this year for jazz,” Belrose told reporters yesterday, stating that a new venue had been added to the list of venues for Saint Lucia Jazz.

The Landmark has developed a reputation over the years for bringing the curtains down on Saint Lucia Jazz and of playing host to some of the biggest acts in the world from the soca, reggae, dancehall, R&B and jazz genres.

Always jammed packed for the last day of the festival, the Landmark begun losing patrons when the Allen Chastanet administration changed the format of the festival in 2017, divesting from it all other music stylings except jazz and gospel and claiming at the time its intentions to transform Saint Lucia Jazz into an event where pure jazz music will be heard.

This new format saw a drastic decline in patrons to the Landmark on the final day of the event in 2017. The same was equally true in 2018. The attendance both those years was dismal and may very well have been the reason for dropping the Landmark as a venue this year.

The new venue, which organizers of Saint Lucia Jazz say is not a replacement for the Pigeon Island National Landmark, is also located in the north of the island and is called Shangri-La. It is a garden type setting and is located at the junction of Lafeuille, Bonneterre and Kaye Mange.

Saint Lucia Jazz is already in full swing heralding its presence in the west coast village of Anse-La-Raye last Friday night with performers like Intermitente (Mexico) backed up by the Derek Yard Project. The Marchand Youth Orchestra, Calypsonians Herb Black and Wallyann Alfred along with the Dennery Segment and Anthonius Henery also performed.

Over the past weekend, there were performances in the villages of Laborie and Choiseul. This week the action will be in the north of the island beginning Wednesday with a jazz cruise on the pirate boat called The Pearl. In action will be Russell Hall’s eNigma presenting Monkstafari and Rob Zii & Phyness. The Gros Islet Park will also have some jazz action that same night featuring Jowee Omicil and Patrick Bartley’s Dreamweaver Society.

On Thursday night the action will be on The Ramp on Rodney Bay where Gregory Porter will appear with special guest Ledisi Somi: Songs of Protest & Memory. Also, down to perform is Augustin ‘Jab’ Duplessis. The event is hosted by Christian McBride. That same night Russell Hall’s Family Band and Patrick Bartley’s Dreamweaver Society will be at the Gros Islet Park, while the Saint Lucia School of Music featuring students, alumni, faculty and friends will be at the IGY Rodney Bay Marina.

Then on Friday night, it will be Nina and Me – Tribute to Nina Simone featuring Ledisi with the New Orleans Jazz Orchestra and Boo and Friends. All this will be happening on The Ramp on Rodney Bay. The Gros Islet Park will also be in action that night with Etienne Charles and Creole Soul with special guest Melanie Charles. Catherine Russell’s Harlem On My Mind will also perform there.

On Saturday it will be Dianne Reeves, Nubya Garcia, and Emerson Nurse on The Ramp on Rodney Bay, while Christian Mc Bride’s Inside Straight and Veronica Swift and her trio will be at the Gros islet Park and Mario Canonge and Jesse Billy will make appearances at the IGY Rodney Bay Marina.