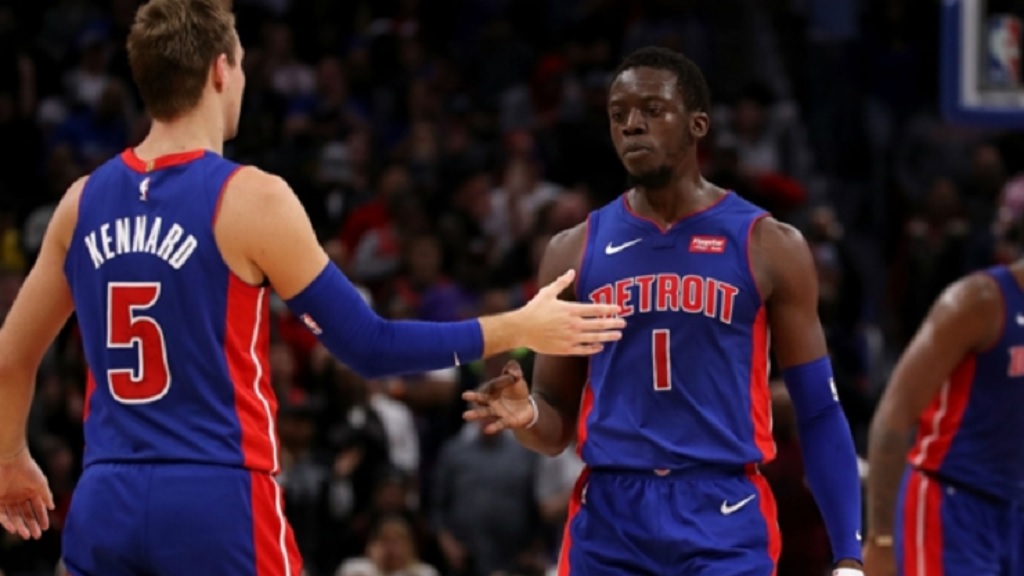 The Detroit Pistons are heading to the NBA playoffs after defeating the lowly New York Knicks 115-89.

After jumping out to an early lead and never looking back, the Pistons clinched the final postseason spot in the Eastern Conference on Wednesday.

The Pistons took control in the opening moments and held a 14-point advantage by the end of the first quarter. They pushed the score to 65-41 by half-time and cruised from there.

Andre Drummond tallied 20 points and 18 rebounds to lead Detroit to the victory. Luke Kennard chipped in a game-high 27 points off the bench while connecting on four of his eight three-point attempts.

The Pistons were playing without star Blake Griffin, who is dealing with a sore knee. They had last made the playoffs in 2015-16.

Meanwhile, the Charlotte Hornets entered play with their postseason hopes still alive. But, they were officially eliminated following Detroit's win.

Charlotte would not have advanced to the playoffs anyway as they fell to the Orlando Magic 122-114.

Soon-to-be free agent Kemba Walker recorded 43 points and five assists for Charlotte in what could be his last game with the Hornets.

Dwyane Wade registered a triple-double in his last game before retirement. The 37-year-old put up 25 points, 11 rebounds and 10 assists in the Miami Heat's 113-94 loss to the Brooklyn Nets.

Dallas Mavericks veteran Dirk Nowitzki scored 20 points and grabbed 10 rebounds in his farewell – a 105-94 loss to the San Antonio Spurs.

Jonathon Simmons had 20 points, seven rebounds and five assists as the Philadelphia 76ers won 125-109 against the Chicago Bulls.

Dorian Finney-Smith was two-of-10 shooting and scored five points in the Mavericks' defeat.

Atlanta Hawks wing Kent Bazemore shot two of 10 from the field and was a minus-16 as his team fell to the Indiana Pacers 135-134.

After a long regular season, the playoffs have finally arrived. The path to the championship begins on Saturday when the first series tip-off.