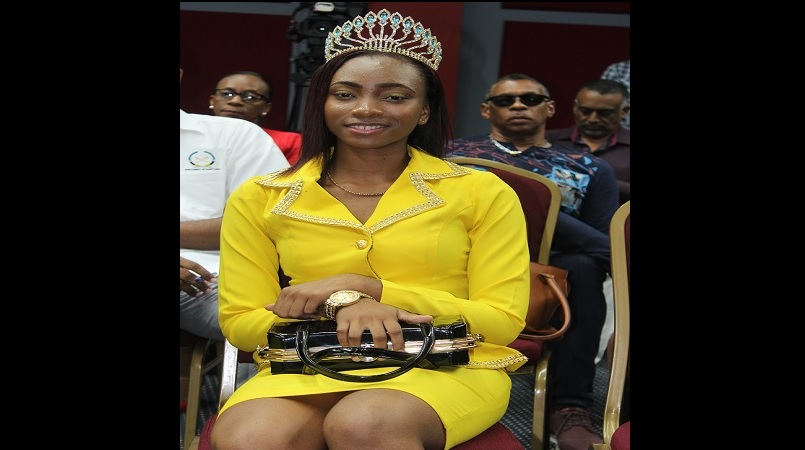 One of the most anticipated shows out of the many scheduled for Saint Lucia’s 40th Independence celebrations will be held on the 15th of next month and according to coordinator Diane Felicien, this show will be loaded with surprises.

If last year’s show can be used as a yardstick to judge the enthusiasm of the various communities that fielded participants for the show, then Felicien’s pronouncement of multiple surprises at next month’s spectacle could very well produce an even greater show than the previous one.

Growing in popularity year after year is the Miss Independence Queen Show, a fixture it seems, on the calendar of celebratory events for the observance of Saint Lucia’s Independence.

Last year it was a blast. Coordinators promised an even bigger blast this year.

“This will be a pageant with a difference,” said Felicien.

Felicien's brief appearance at the press launch of the country’s 40th Independence observance held today at the Financial Center, Pointe Seraphine did not reveal much about the pageant.

Aside from saying that Saint Lucians can expect a night of fun, excitement and surprises at the National Cultural Center on the 15th, Felicien did not disclose anything more.

But one thing is certain, communities across the country look forward to the event so that each can support their representative. Ten communities will be participating in this year’s show.

Meanwhile, last year’s Independence queen, 18-year-old Kurnisha Augustus, called on the country’s youth to believe in themselves, something she says she does all the time and which has helped her overcome many an obstacle.

Saint Lucia will observe its 40th Independence anniversary on February 22. It gained its independence in 1979 under the late Sir John Compton.

The year’s Independence theme is,  "All In – Our Journey, Our Future."