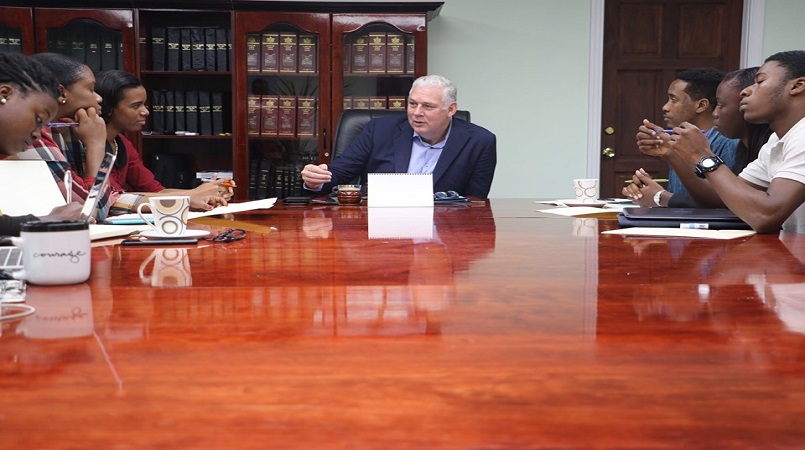 The newly elected executive of the Saint Lucia National Youth Council (NYC) had the opportunity to share their ideas and concerns at a meeting with Prime Minister Honourable Allen M. Chastanet on Friday, August 30, 2019.

The Meeting proved to be a very frank and productive discussion with the Prime Minister about the plans of the new executive and their impetus and drive to bring new life to the youth organization and youth representation on the island.

Prime Minister Chastanet also shared with the NYC that youth development was key to the success of the country. He encouraged the Council to be more involved in the process of decision-making and the various youth programmes that are ongoing. The Prime Minister spoke passionately about the development of sports as a driving force for curbing various social ills on the island and he also apprised the NYC about the Government’s sports strategy and in particular the Sports Academy and the upgrade of facilities across the island. The Prime Minister spoke about plans to reduce youth unemployment and initiatives such as ICT sector development and increased support for financing for youth entrepreneurs.

The Meeting was truly an honest and brainstorming opportunity between the Prime Minister and the NYC executive who both committed to regular interactions in order to ensure accountability and continuity in collaboration and inclusiveness.

In a Facebook post earlier today, the prime minister said, "My Government genuinely believes that youth development is key to the success of our country and this engagement gave the newly elected executive a chance to directly share their ideas and concerns with me." He went on to say, "