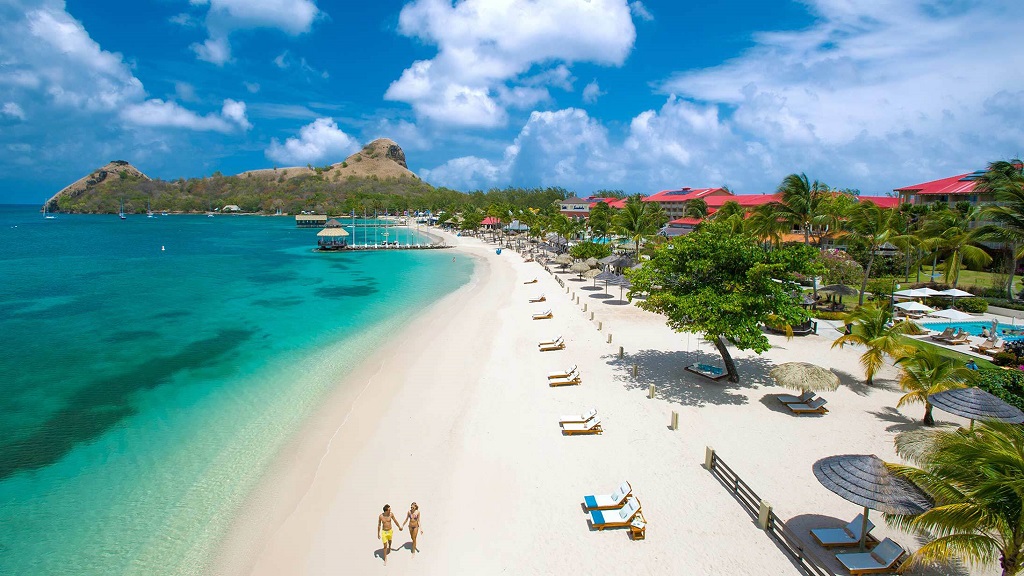 “Productive, encouraging and good” all words used by Prime Minister Allen Chastanet as he described a recently held meeting with the Saint Lucia Hospitality and Tourism Association (SLHTA) to discuss several issues.

Topping the list was the soon to be implemented accommodation fee for tourists, given the competitive environment and rate sensitivities in this market segment.

The announcement by the Government of Saint Lucia to introduce a new head tax regime referred to as a tourist accommodation fee has not gone down well with SLHTA.

The SLHTA held a meeting with its members on Thursday, January 9, 2020, to which Prime Minister Allen Chastanet paid a surprise visit.

“It was a very good meeting, I think that we got refocused in terms of what we have to do and it was a very encouraging meeting,” Chastanet said.

The tourist accommodation fee, which already exists elsewhere regionally and globally, will be implemented in Saint Lucia, effective April 1, 2020.

Also, the VAT will be reduced from 10% to 7% for the tourism sector.

Stayover visitors to the island will be required to pay an accommodation fee on their nightly stay on the island.

Local accommodation providers will be required to collect from their stay over guests US$3.00 and US$6.00 respectively on a nightly rate below or above US$120.

The tourist accommodation fee will be used to finance the destination marketing activities undertaken by the Saint Lucia Tourism Authority (SLTA) as it promotes Saint Lucia’s tourism product worldwide and particularly in key markets within the US, Canada, the Caribbean, the United Kingdom and Europe.

The SLHTA has taken issue with the implementation of the new “tax”.

“Members' concerns and proposals for a differently structured fee were shared with the Ministries but did not significantly influence the final decision as to the structure of this tourist accommodation fee,” the SLHTA was quoted as saying, via its Facebook page.

According to Prime Minister Chastanet, “Sometimes we get miscue on the message. The message is that Saint Lucia Government has continued to lower their taxes to make tourism more competitive. We reduced the VAT when we came in from 15% to 12.5% we’ve now reduced the VAT for tourism from 10 to 7%, we’re the only country in the entire CARICOM Caribbean that is in single digits.”

Saint Lucia he says continues to see significant growth as he referred to one of the largest development projects, the redevelopment of Saint Lucia's Hewanorra International Airport.

“We have a lot of new investments coming in. The advent of introducing a tax was intended to be a neutral tax and as a result of it is to be able to make sure we are funding the marketing of tourism. I’ve been both a director of tourism, minister of tourism and now minister of finance so I know how difficult it is to make sure we’re allocating sufficient funds to keep tourism going. So this new methodology we are putting in is to help build brand Saint Lucia in that regard.”

Prime Minister Chastanet believes that all matters regarding the instalment of the new tax was clarified to the SLHTA at the meeting.

“This has nothing to do with the tour operators,” he said.

“Unlike other countries where we made sure it was a neutral tax, whereby reducing the VAT rate, the hotels have two options. They can either absorb the tax if they want to or they can charge the tax at the point venture. So this has absolutely nothing to do tour operators and this is not going to make Saint Lucia any less uncompetitive than it’s been before, I think it’s going to strengthen our marketing ability.”