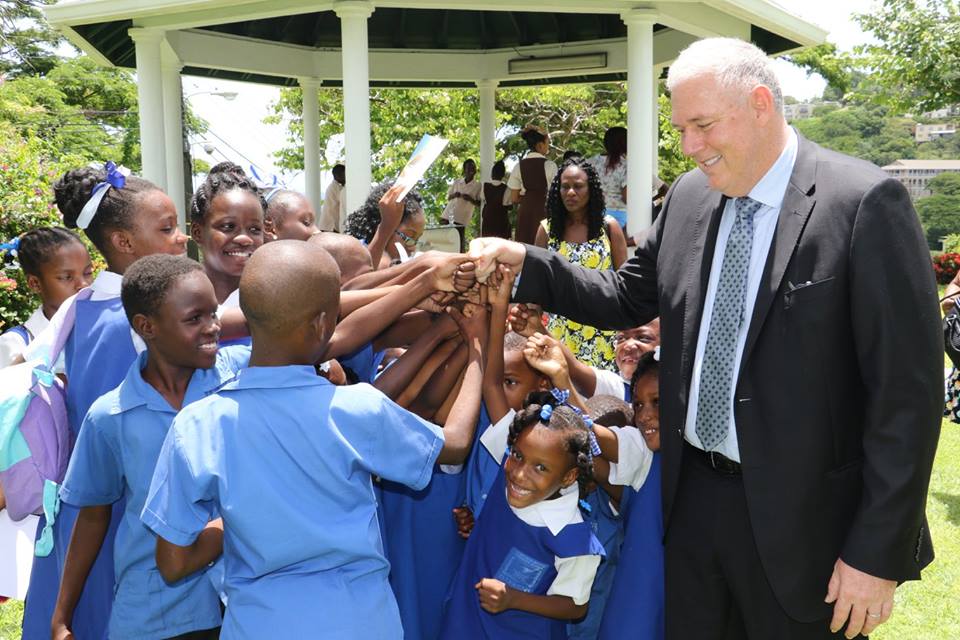 Top performing, bright-eyed students from the Ti Rocher, Blanchard and Desruisseaux Combined Schools, spent some time with Prime Minister Allen Chastanet on Friday morning at the Official Residence, where they also did a tour of the grounds and received award certificates and prizes.

Said Prime Minister Chastanet: “You have worked so hard and studied hard and made your community, parents and teachers proud. You should also be proud of yourselves. Today is for you, to say well done and keep up the great work.”
The students also met with the Mayor of Castries at City Hall and got to spend time at the Derek Walcott Square.

Chastanet posted on his official page, "It was an honor to be in the company and to celebrate the achievements of over 70 of the top performing students from the Ti Rocher, Blanchard and Desruisseaux Combined Schools as they spent some time with me on Friday morning at the Official Residence.

The students were awarded certificates and prizes for their outstanding performances in the end of year exams.

They have worked and studied extremely hard and made their community, parents and teachers proud. They should also be very proud of themselves. Well done and keep up the great work!"

Check out some highlights from the day below: