PM joins Jean family in Dallas as they demand answers 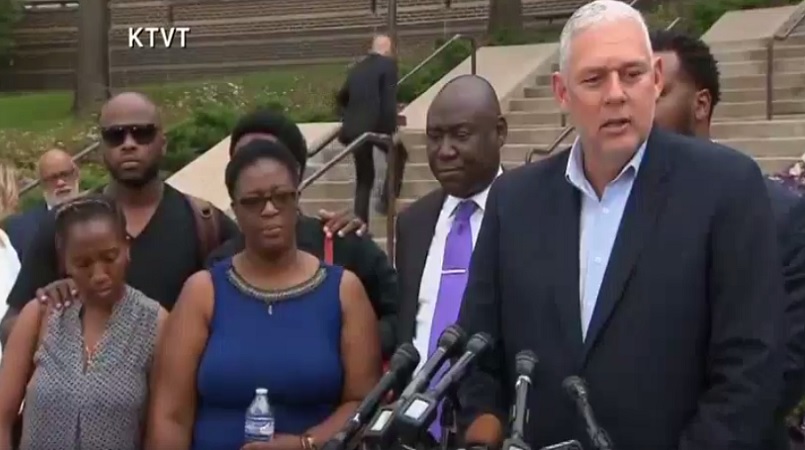 Prime Minister Allen Chastanet joined the Jean family and their lawyers in Dallas earlier today for a press conference on recent developments in the aftermath of Botham Jean's killing by Officer Amber Guyger in his own apartment Thursday night.

Guyger was arrested, charged with manslaughter and released on $300,000 bond Sunday night.

Chastanet praised Allison Jean for having raised Botham well and said that there were two strong emotions in St Lucia: great sadness and anger. “To think that a young man would be in his apartment and the possibility could be that somebody could come to his door and he ends up being dead.”

Chastanet said he was encouraged by District Attorney Faith Johnson’s press conference earlier in which she said the final decision on the charge will be up to a grand jury, meaning that a charge of murder may still occur.

Attorney Lee Merritt noted that it is very difficult to see an officer convicted in the United States. He said that they had left the DA’s office dissatisfied yesterday because: “When we left the office it was three days after Botham had been killed and his killer, who was known to the DA at the time was not in handcuffs… that person was able to leave Botham’s home, return to her home and not face any consequence for three days after he was killed… that show’s an extreme deference.”

He continued, “We are of the position that the city has to share not only in our cries for justice but they have to take responsibility for their share in accountability as well… We would expect our law enforcement officers to in the city of Dallas to be able to diffuse a situation, to gather facts, really simple facts, starting with the fact that on the wrong floor, that she came to the wrong door, that she was standing on a big red carpet or any number of facts that should have indicated to her that she was not at her residence. If the prevailing narrative is true, and again it is clouded in a shroud of mystery, but if the prevailing narrative is true and she entered the wrong home and found a stranger there why was she so quick to rely on deadly forces is a great mystery to us.”

Botham’s mother Allison Jean said, “I’m not satisfied that we have all the answers and the number one answer that I want is, ‘what happened?’ I have asked too many questions and have been told that there are no answers yet. I’m looking forward to all of the powers-that-be to come up with the answers to make me more satisfied that they are doing what is in the best interest of getting justice for Botham.”