PM leads Discussion on Correspondent Banking at the Washington Times 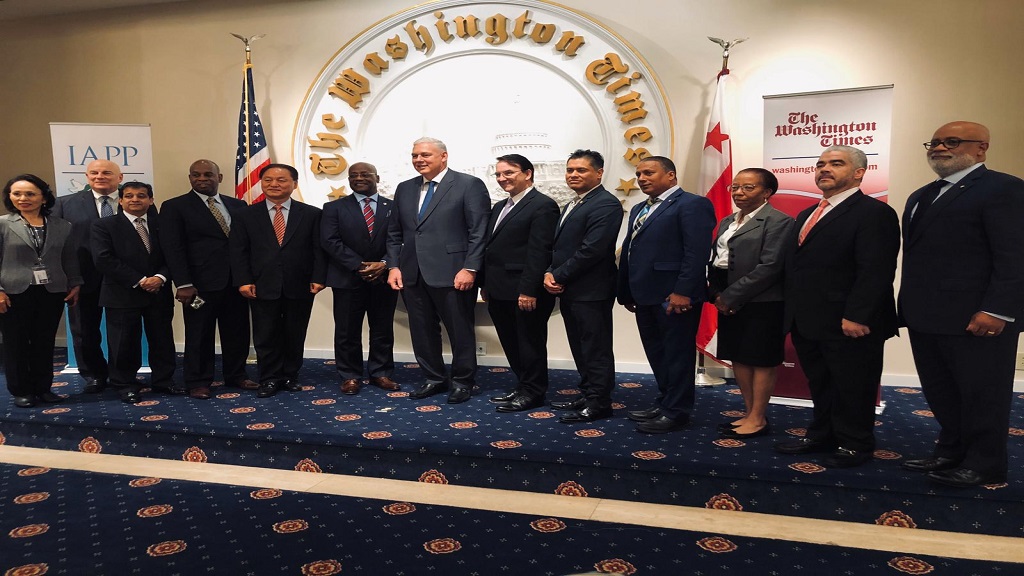 Prime Minister of Saint Lucia and Chairman of the Caribbean Community (CARICOM), Honourable Allen Chastanet, was the featured speaker at The Washington Times on Wednesday, October 16, 2019.

The Washington Times is a US daily newspaper published in Washington, D.C. reaching an average of 35 million viewers a week.

Prime Minister Chastanet led the discussion off by focusing on issues relating to the withdrawal of correspondent banking relations in the region, and the economic and security implications this has on the Caribbean region. The Prime Minister cautioned that the withdrawal of correspondent banking relations has the unintended consequence of excluding the region from the international trade and financial system.

The Prime Minister also spoke to the issue of blacklisting by the EU, calling this a particularly damaging trend that can only serve to damage the region’s reputation and adversely impact its competitiveness. He pointedly noted that Caribbean countries have made and often exceeded various compliance rules and regulations, while other larger countries have lagged behind.

The Prime Minister called on the OECD to change its policies as it pertains to the classification of countries based solely on the GDP per capita index, and to include a ‘vulnerability index’ which more accurately reflects the economic realities of small island developing states (SIDS). He called for a dedicated fund to address resilience efforts by SIDS and the need for a review on how debt is classified.

The Chair of CARICOM pointed out how increasingly vulnerable member states have become to natural disasters; and while the region’s focus is on sustainability and adaptability, assistance is needed to continue building resilience.  He noted that current fiscal rules hinder our (Caribbean) progress.

He also appealed to the US to pay closer attention to its third border and to lend support to the region in these critical areas. He called for the US to work more closely with the region to further enhance the bilateral relationship.

Persons in attendance at the Forum included the Chairman of the Washington Times and other senior executives of that entity, members of the Washington DC Private Sector, Ambassadors and Representatives from CARICOM Member States, and the Governor of the Belize Central Bank.

PM Chastanet: Caribbean at risk of being uninsurable