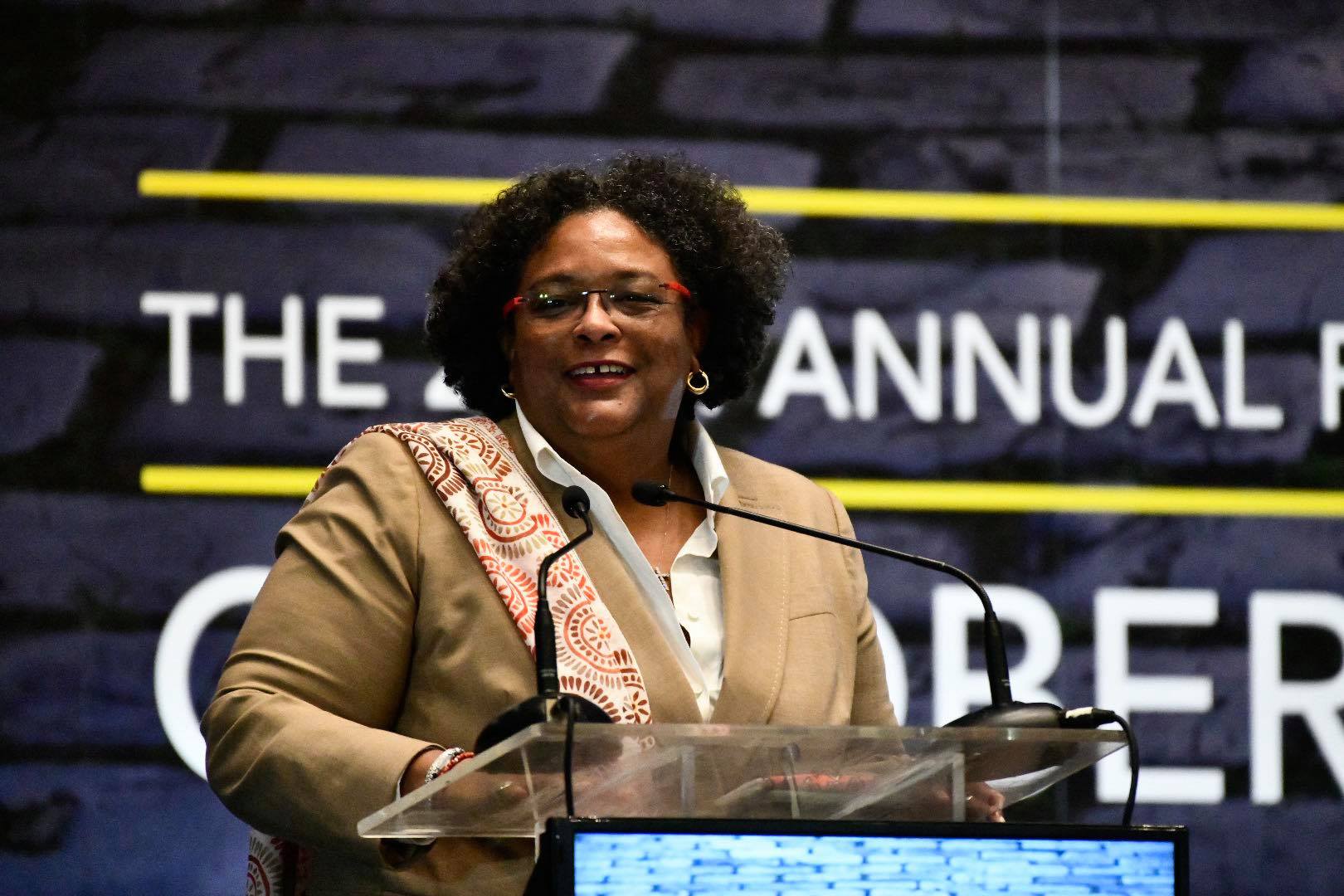 Prime Minister Mia Mottley as he addressed the the opening of the 26th annual Florida Caribbean Cruise Association (FCCA) Convention and Trade Show in Puerto Rico.

Prime Minister of Barbados, Mia Mottley believes it's time Caribbean states, including those not in CARICOM, meet with the owners of the various cruise lines that call on them.

This, she has suggested, is critical to creating a path forward for the sector, in light of the fact that a third of all global cruise ship calls occur in the Caribbean and account for half of their global revenue.

To this end, Mottley, addressing the opening of the 26th annual Florida Caribbean Cruise Association (FCCA) Convention and Trade Show in Puerto Rico, extended an open invitation to each of them to come to the table for a meeting in Barbados, at a time to be decided.

She said it was more urgent now given climate change associated with it and given that the region was on the frontline of all of the damage to come from the climate crisis.

“Being on the frontline of a climate crisis means that we have got to spend money to do things that we would not otherwise have had to spend money to do and therefore there is still a limited pool from which to draw. That recognition by this industry especially in the last year is perhaps the most significant development for me that has happened.

“The cruise industry, in recognizing that their investment needs to go beyond the destination but also to actual port development given the limited fiscal space of Caribbean government to do what they have to do is a significant departure from the past, and, a development that I would wish to commend and salute all of you for because it is critical for us,” Mottley told the stakeholder.

WATCH: Ignore climate change at your own peril, Mottley warns

Barbados is top choice for cruisers