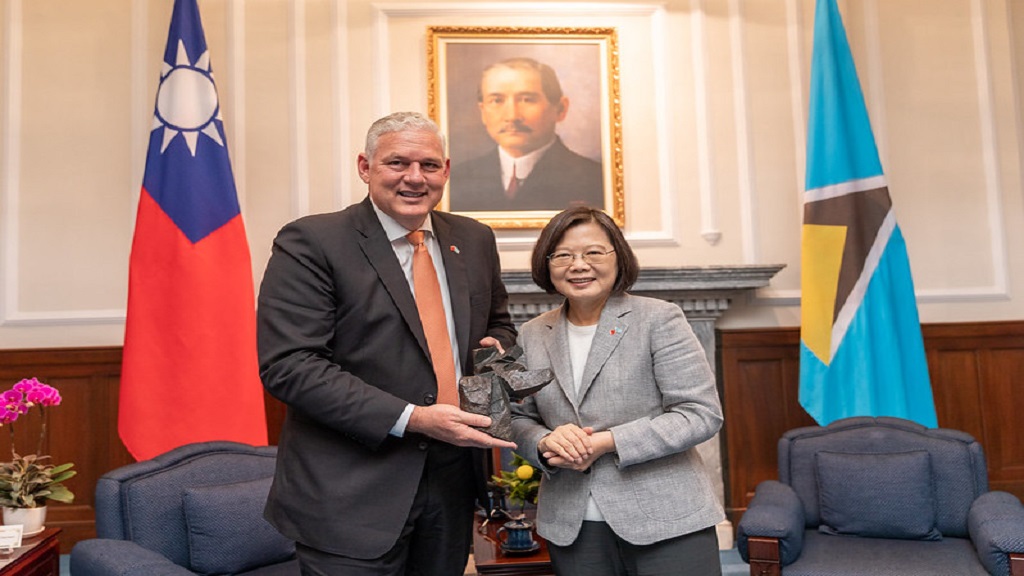 The Department of Culture announced last week 14 persons from Carnival Band Tribe of Twel, led by Senator Adrian Augier, will be taking part in the Taiwan National Parade. Ronald “Boo” Hinkson, five members of the band, and technical personnel will be also attending the celebrations. The festival will also feature a parade consisting of Saint Lucian students studying in Taiwan, depicting Saint Lucia’s national costumes.

The purpose is to further develop cooperation, networking and education through a partnership with the Taiwanese government in an effort to grow and develop the arts in Saint Lucia. 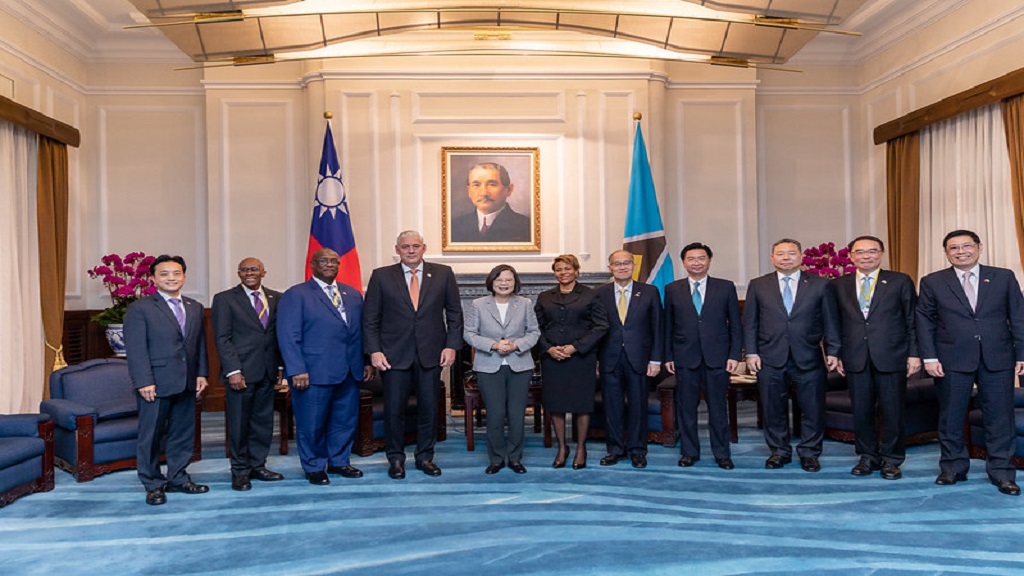 In welcoming the delegation Taiwan President Tsai Ing-wen said she was delighted by the visit and the participation of Saint Lucia’s cultural performers in Taiwan’s National Day activities.

“This year, professional dancers from Saint Lucia will be leading students studying in Taiwan in our National Day parade, showcasing how the people of Saint Lucia built their country. Their performance will highlight our close friendship and our determination to pursue a brighter future together,” President Tsai said.

President Tsai also recapped her trip to Saint Lucia in July which she noted helped her get first-hand knowledge of bilateral cooperation projects.

“I also got a better understanding of the Saint Jude Hospital Reconstruction Project and the Government Island Wide Network project. These projects will surely drive the development of Saint Lucia's overall economy and create many opportunities for local contractors, as well as high-quality jobs for Saint Lucians,” President Tsai noted. “On the international front, Taiwan still faces many forms of suppression from China. Therefore, I want to especially thank Prime Minister Chastanet for continuing to speak up on Taiwan's behalf and support our international participation at the UN General Assembly this year. I am sure that Taiwan and Saint Lucia can continue to uphold the spirit of mutual assistance for mutual benefits and explore more areas of cooperation, thereby benefiting both our peoples.”

Prime Minister Chastanet has also congratulated Taiwan on the country’s 108th National Day noting that over the past few years Taiwan and Saint Lucia have grown much closer and the cultural exchanges help to further strengthen the bonds of the two countries.

“It gives me the greatest of pleasures on behalf of the Government and People of Saint Lucia to congratulate the Government and People of Taiwan on the 108th celebration of National Day of your country,” said Prime Minister Chastanet. “A celebration for Taiwan is a celebration for Saint Lucia and our people wish you all the best as you continue to seek to make your mark in the world. Taiwan is a strong and resilient nation and this occasion is a significant one for your people, where you can recognize the greatness of Taiwan.”