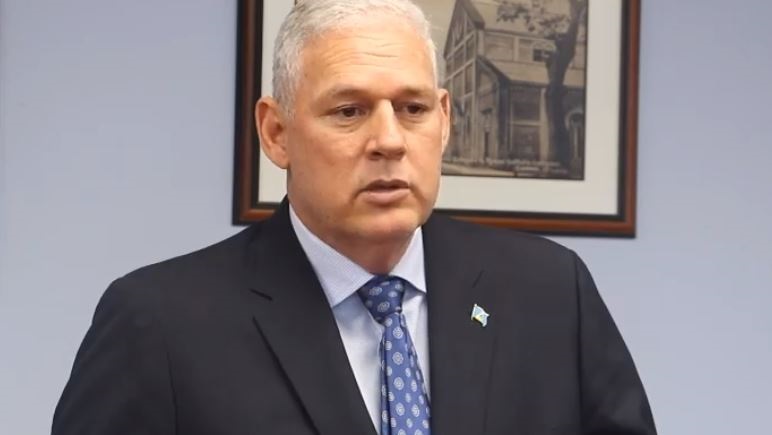 Prime Minister Allen Chastanet is keeping to his promise of investigating “a number of suspicious undertakings” by the former administration by naming the multi-national professional company – PricewaterhouseCoopers, as investigators into two of the undertakings and an attorney with public administration experience in another.

Chastanet, who recently pledged in the House of Assembly to get to the bottom of the issues, namely the Walid Juffali matter, the Jack Grynberg matter, the Robert Lindquist matter, the St. Jude Hospital Reconstruction Project and the National Lottery’s “Minister’s Account,” said there was a lot of blinding smoke to be cleared from these matters.

PricewaterhouseCoopers will be conducting a financial audit in the St. Jude Hospital Reconstruction Project, making it the second audit of that project. The first was a technical one costing close to EC$1 million, which has yet to be released by government.

According to Prime Minister Chastanet, the outcome of the financial audit will determine whether a further audit will be needed.

He said that when his administration decided to look into the St. Jude Hospital affair, it was not with the intention of launching a criminal investigation.

PricewaterhouseCoopers will also investigate the Minister’s Account associated with the National Lottery. The prime minister said that the tax, accounting, audit and advisory company will conduct a review of the National Lottery “to make a determination whether there were any irregularities and where the monies went.”

He said it was not until the Member for Dennery North, Shawn Edward made a presentation in the House of Assembly in which he referenced a minister’s account that government got to know of such an account. According to the prime minister, it was discovered that Edward wrote to the National Lottery telling that body that he wanted one-third of the monies set aside in order for him to determine where the monies were going to be spent.

Prime Minister Chastanet chided the Board of Directors of the National Lottery for hearkening to Edward who was the Minister for Sports at the time.

“Instead of the board saying to the minister that he does not have the right to do that, the board argued whether he wanted too much money. It was then further determined that he, the minister, was making the decisions as to which projects to fund and it would also appear that he selected the contractors. It also appeared that the amount to be paid was also determined by the minister and certainly preliminary information suggests that the board never did its job because by law the board of the lottery have a fiduciary responsibility to oversee the monies,” Chastanet said.

He added “So it should have been the board to determine how much money is being spent and whether the monies were spent correctly. So it seems that the board abdicated from its role but once the investigation is completed by Pricewaterhouse we will have a much better understanding. If in fact action needs to be taken against anybody it would be on the basis of that information we would do so,” Chastanet said.

The investigation into the Robert Lindquist matter will be conducted by a lawyer who has experience in public administration, according to the prime minister. The investigator will attempt to put together what transpired, whether anyone has done anything illegal, and what can be done to hold people accountable.

That investigation is actually into a sitting Member of Cabinet, namely Guy Joseph, current Minister for Economic Development, and dates back to the time – 2009 – when the St. Lucia Air and Sea Ports Authority (SLASPA) requested proposals for the development of a new airport estimated at EC$157 million. The government then was seeking legal assistance from the United States on what it claimed was a criminal matter. Joseph was Infrastructure Minister at the time.

The investigation started under the former Labour Party administration. Before anything much was accomplished, the June 2016 general elections saw the party losing the elections.

The letter, Chastanet said, was a letter written by the then Attorney General to the Department of Justice of the United States requesting information under the Exchange of Information Act. He said the information requested was that the United States provides phone records of Antonio Assenza, an American citizen who was president of a company here called Asphalt and Mining at the time

“There was very little information in any of the files that existed and certainly the report that Mr Lindquist would have filed there were no copies of that report,” Chastanet said.

The prime minister said that if in fact anything was done wrong by a member of his Cabinet, government would pursue an investigation, especially for the reputation of the person being accused.

“It ought to be pursued but we were never given that opportunity so for me there needs to be an investigation, an independent investigation…,” Chastanet said.

Regarding the Walid Juffali matter in which the Saudi billionaire received an ambassadorial appointment under the former administration, Chastanet said the investigation was necessary to determine, among other things, the policy surrounding these appointments.

The prime minister wants to know why Juffali, now deceased, was appointed St. Lucia’s representative at the International Maritime Organization and what was in it for the State.

“It was not until Ernest Hilaire sued me that in preparing for that case a lot of evidence came to hand in terms of what actually transpired with Juffali and so we are comfortable in saying that it is clear that Juffali was appointed in order to benefit from immunity. How do we know that? He was originally appointed as the deputy ambassador. Three months later he was taken out and made an ambassador,” Chastanet said.