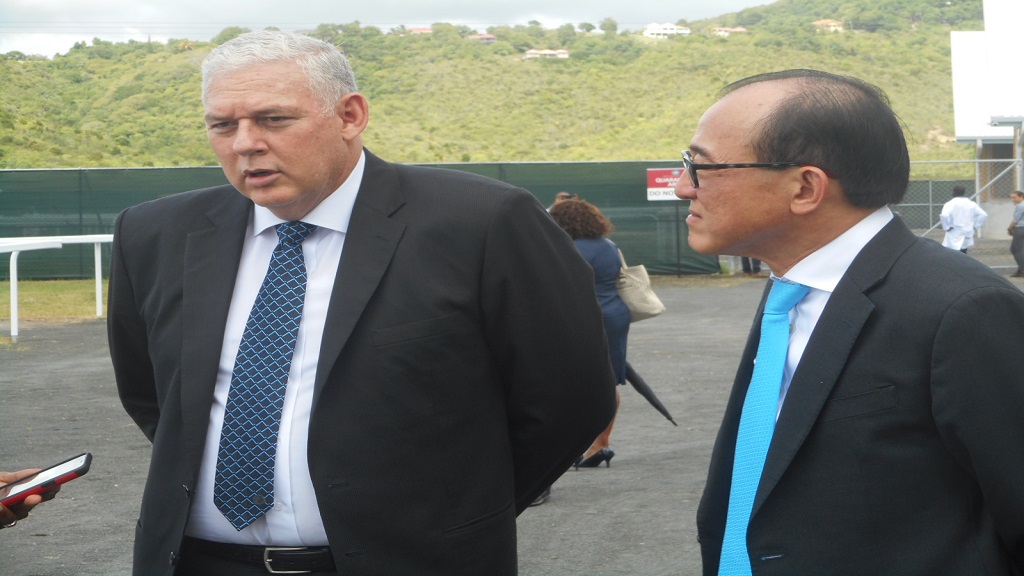 The Royal Saint Lucia Turf Club yesterday, October 23, 2019, announced that it will be holding a feature race that will be the richest race run in the Caribbean this year when it commences horse racing in Saint Lucia on the December 13th, the island’s national day.

The announcement was made at a press conference at the horse racecourse in Vieux-Fort, which was attended by officials of the Saint Lucia Turf Club, Invest Saint Lucia and Desert Star Holding (DSH), including its chairman, Teo Ah Khing.

The US $150,000 Pitons Cup (1800m) is attracting considerable interest both internationally and from across the region with confirmed participation from trainers from the USA, the Caribbean and Australia. The feature race will be one of five races taking place on that day. 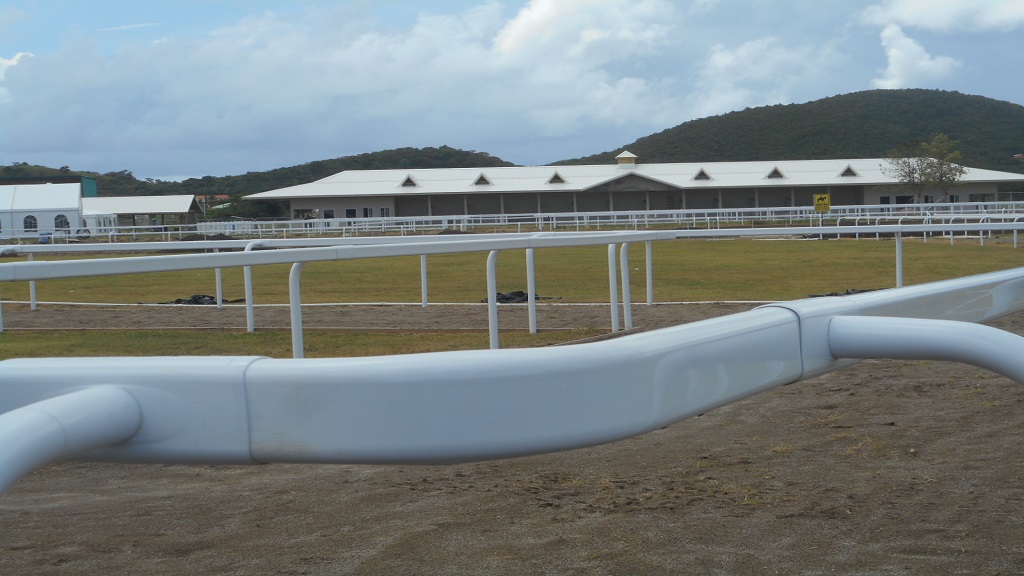 The Piton Cup Trophy will be designed by locally acclaimed artist, Jallim Eudovic.

The show piece event, the Caribbean Equine Cultural Festival (CECF) will be the Caribbean’s first luxury lifestyle and racing event.

In addressing the conference, Prime Minister Allen Chastanet said the horse race will attract some of the biggest investors in the world to Saint Lucia, which will create opportunities for locals to explore various business opportunities.

“The horse race is a catalyst. It is the star attraction… being the magnet to attract new investment in Saint Lucia. All of a sudden, the real estate opportunities will unfold,” he said.

According to the prime minister, it’s also a time to celebrate. “We are here to celebrate the fact that what people think could not have happened has actual happened. The horses are here, the track is here,” Chastanet said.

He said people have begun to confirm their reservations.

Chastanet thanked Teo Ah Khing and his team for putting their confidence in the Government of Saint Lucia.

Eden Harrington, director of the Royal Saint Lucia Turf Club, described the project as a “nation-building” one, adding that it will bring joy to Saint Lucians in the upcoming months.

“It has generated immense and favorable publicity since its announcement a few months ago,” he said.

He encouraged Saint Lucians to purchase the racehorses which are on sale and participate in the event.

A few days ago, 40 thoroughbreds which were in training in the USA arrived on the island and are currently in quarantine.

“This will be an opportunity for Saint Lucians to become racehorse owners individually, in groups or syndicate of up to 30 owners. Horses purchased from Royal Saint Lucia Turf Club are given precedence to compete at the 2019 CECF Saint Lucia, in races valued between US $20,000 and US $40,000,” Harrington explained.