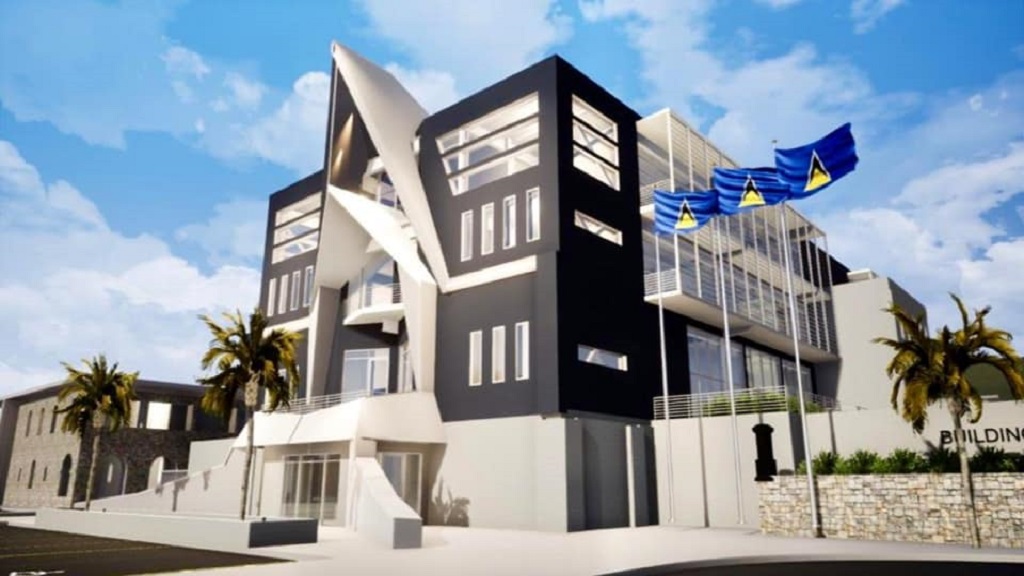 One day after Government completely demolished what was left of the Royal Gaol prison, Prime Minister Allen Chastanet posted the proposed design for a new Police Headquarters and Halls of Justice.

Chastanet, since assuming office in 2016, has always advocated for proper working conditions for police officers.

The Trust argued that they were not consulted and proposed that the Royal Gaol be incorporated into the designs as it was one of the oldest structures in Castries and had historical significance.

"How much longer must our police and justice officials wait before they get the working home they so rightly deserve?" Chastanet posted on his official Facebook page Sunday.

"For over 20 years, our police officers have had to work in less than ideal conditions. From offices being infested with mold, to not even having office furniture to accommodate them to carry out basic administrative duties.

For just as long as our police have had to endure substandard working spaces, the judicial system has had to endure some of these very challenges with poor quality courtrooms, insufficient accommodation and inadequate security.

These concerns have been brought up administration after administration, year after year. The poor working conditions which our police officers and judicial officials endure on a daily basis have often been cited as one of the major factors affecting the morale and efficient functioning of our Security and Justice systems.

Though we have invested in making upgrades to our police stations and court houses this is not enough! This is an issue which my Government has decided to pay full attention to once and for all.

In October of 2018, we commenced the preparations of the site for the construction of a new Police Headquarters which will strategically include 6 court rooms to centralize the judicial system as well as for security purposes. This was delayed for 1 year and 6 months due to an injunction which was filed."

"Whilst the debate continues, I invite you to view the plans for the construction of the new Police Headquarters and Halls of Justice in Castries."