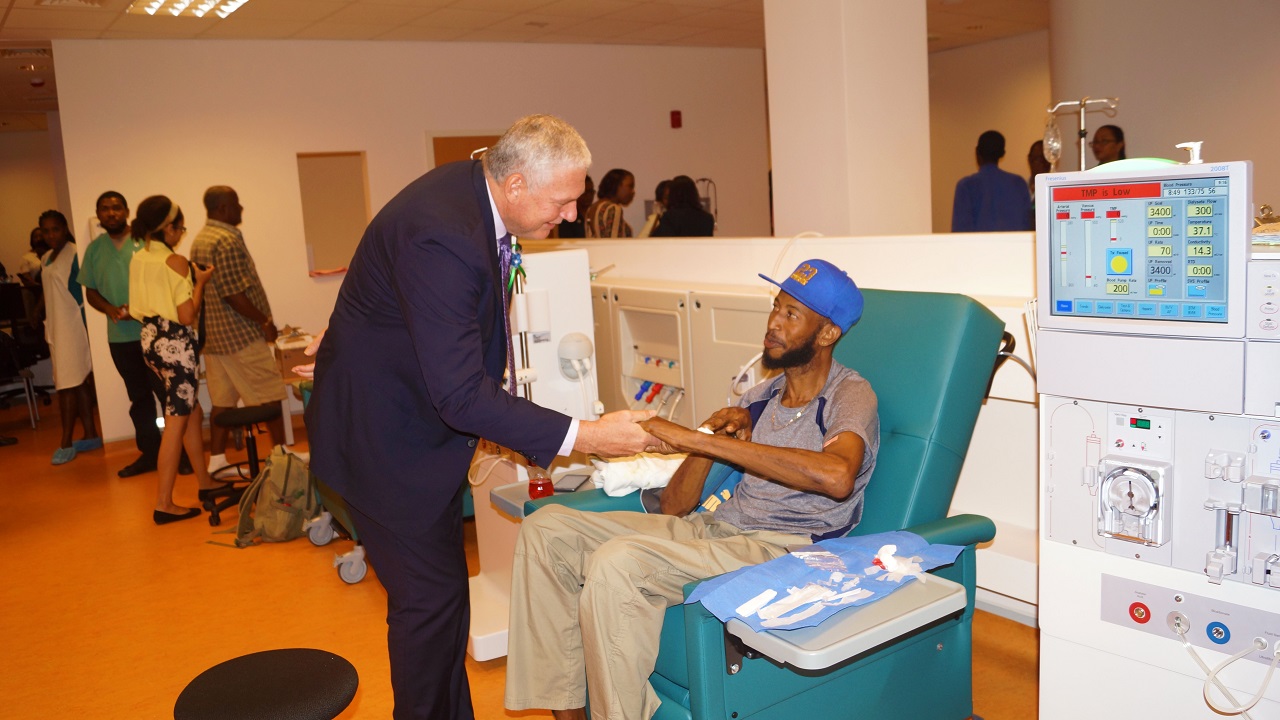 The SLP has been condemning privatization of the hospital. During an SLP press briefing on April 25, 2018, SLP Spokesman for Health, Agriculture, Fisheries and Food Production, Moses Jn Baptiste stated, “The decision to put the St Jude and the Owen King EU Hospitals into the ownership of foreign owned private companies follows a pattern of behavior in which foreigners for profit and close friends of the government are sought out for the ownership of our public health assets and institutions. This behavior is both distasteful and arrogant and creates the platform for corruption. There has been no announcement of competitive bidding for the management of the Owen King EU Hospital. The government only responded to the questions about privatization of OKEU after the exposure of irrefutable information by the Leader of the Opposition.”

Prime Minister Chastanet says no final decision has been made regarding the OKEU. He stated, “I’m in talks with many people! Including the Cayman group. I went up to see the Cayman Health City. Here you had a hospital, it was built in one year! I’m waiting on a proposal from Cleveland Clinic, I’m waiting on a proposal from another Canadian group. I’m in discussions with as many people as I can in order that we can bring a proposal to Cabinet on how we’re going to proceed. But what I see that’s taking place, this level of terrorism that’s taking place in this country, is to suggest that our government needs to be limited in what options it has. The Labour party lost its ability to determine that direction on June 6.”

Chastanet also said, “When we came in, there was no plan available as to how the opening of OKEU was going to be funded. What we had was clear cost estimates that it was going to cost an additional $70 million, and that’s an estimate, to operate the OKEU. The assumption was that by closing Victoria, that we would save $35 million, so it meant that we would have to find another 35 to 40 million dollars to be able to operate OKEU.”

SLP: Will OKEU be privatized by UWP Government?