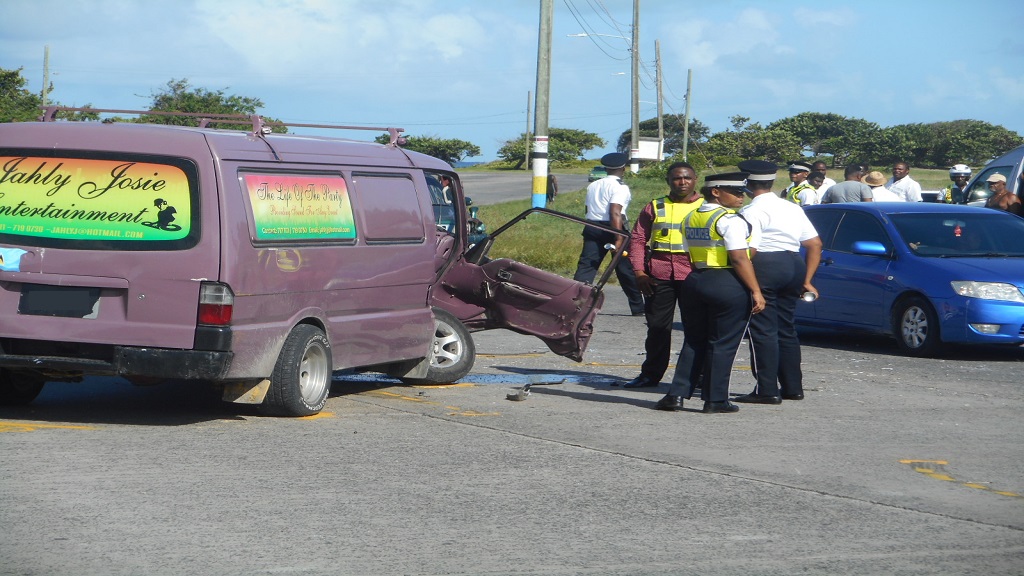 Poor judgment, reckless driving and stupidity on the part of some drivers are the main cause of the increase in the number of vehicular accidents in Beanefield, Vieux-Fort, according to the police.

The increase in the number of accidents in the area is of concern for the police and drivers.

The most recent accident occurred yesterday afternoon when a panel van collided with a minibus in the center of the road, which is not a three-lane road, but wide enough to easily accommodate three vehicles. The driver and a passenger in one of the vehicles have been hospitalized and are in stable condition. That passenger complained of pain in the neck and chest. The driver of the other vehicle escaped unscathed.

“Some drivers don’t drive with common sense. They are careless…. I don’t know how they got their driver’s license,” a police officer told Loop News.

Commenting on the increase in the number of vehicular accidents in Beanefield, minibus drivers who ply the roads in the area daily have expressed the same sentiments expressed by the police.

Since Beanefield has been transformed into a hive of commercial activities some years ago, there has been a significant increase in vehicular traffic there. A number of business houses which were located in various parts of the town have been relocated to Beanefield along with a number of government departments.