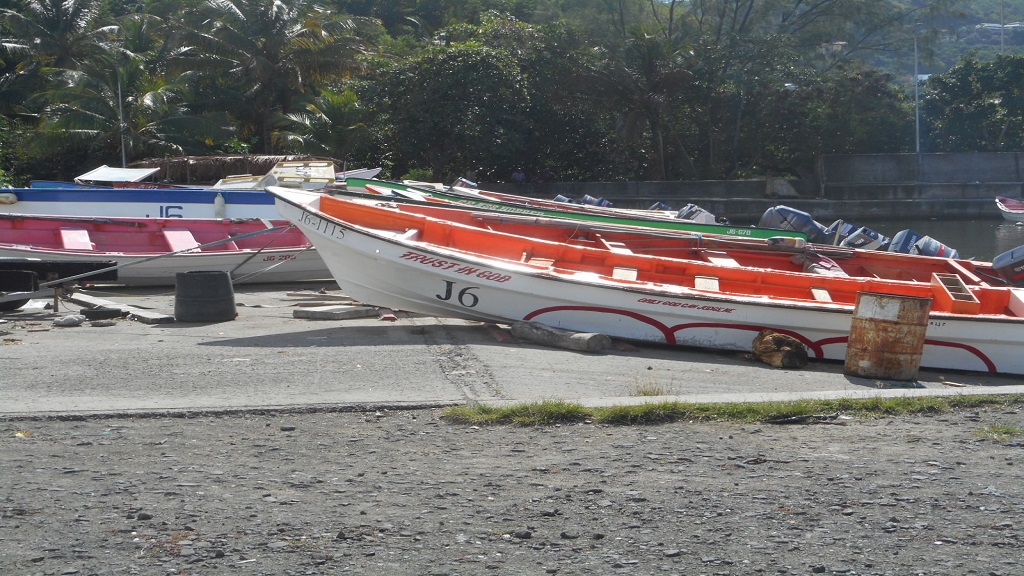 The area where the boat was dry docked

Four St. Lucians were rescued by a Bahamian tanker earlier this week while travelling to St. Lucia on a boat which was reported stolen.

One of the men is currently in police custody after the owner of the boat reported to the police that the boat, which was at the time dry docked at the Vieux-Fort Fishing Port, was stolen from him.

As it relates to the reason for their trip, police described it as suspicious, but with no evidence to charge the men for any offence, the other three men were released.

When Loop News contacted Inspector Chitolie of the Vieux-Fort Police Station for comments on the matter, all he said was that the matter is under investigation.

However, there are conflicting reports as to how the man accused of stealing the boat managed to obtain it.

The owner of the boat, Wilbert Samson, said the person who stole his boat is a member of his crew, adding that he (accused) admitted he stole the boat.

“I did not give anyone permission to use my boat. I do not even know the other men who were on board the boat…” Samson said, adding that he had bought the boat about three months ago and had not used it much.

According to Samson, the situation has seriously affected his livelihood since fishing is his main form of income.

Some fishermen told Loop News that they have witnessed the man who is accused of stealing the boat, using the boat to go to sea on several occasions, but thought he was given permission by its owner to do so.

Over the years, a number of young men of Vieux-Fort have lost their lives at sea in the same channel the boat was found adrift. Some by drowning after their boats experienced mechanical problems and others in violence with foreign nationals after drug deals went bad.