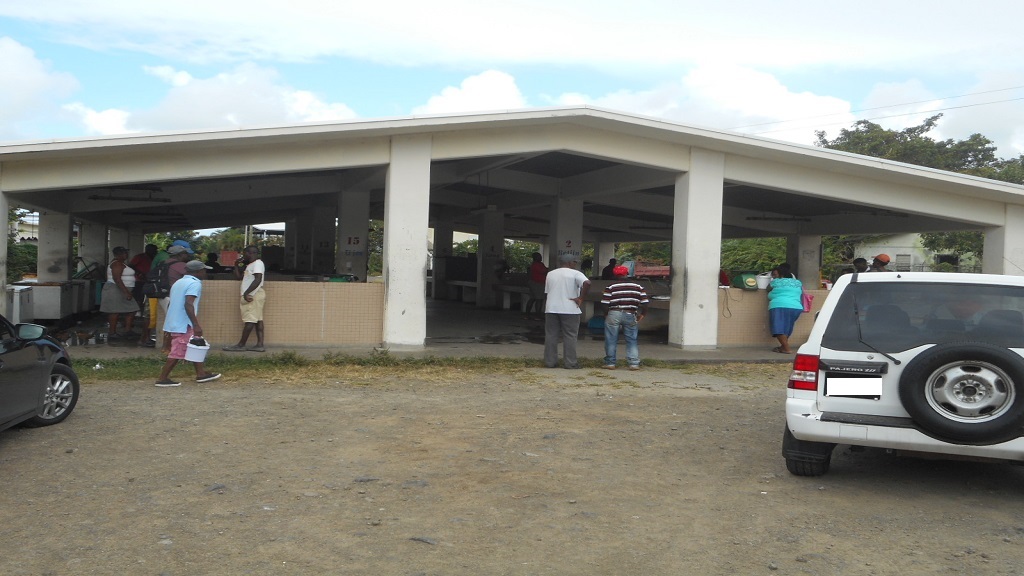 The perennial problem of fish vending on the sidewalks along the main streets of Soufriere and Vieux-Fort is of concern to the police, and now Soufriere police intend to put an end to it.

On Monday, August 21, police in Soufriere arrested and charged a fisher of the community for selling fish on the sidewalk on Church Street.

The incident was captured on video and shared on social media.

Just recently, the Soufriere police had a meeting with the fishers of the community warning them against such practice.

In Vieux-Fort, despite the concerns raised by the general public over the years about the unsightly scenes of fish vending on the sidewalks, the problem still continues.

About five years ago, Vieux-Fort police made a failed attempt to clear the main streets of Vieux-Fort of fish vendors. Instead of complying with the orders of the lawmen, the vendors played a “cat and mouse” game with them. Shortly after the police left the scene, the vendors returned to the restricted area and continued their vending.

At the moment, fish vending is taking place on Clarke Street, Vieux-Fort, less than 20 metres from where the Vieux-Fort Police Station is located.

The offenders consist of fishers and persons who sell for them.

Fishers of both Soufriere and Vieux-Fort told Loop News that the reason why they sell on the streets is because they don’t make enough money selling at the fish markets in their various towns.

“We make much more money selling on the streets,” a fisher of Soufriere said.