Police officers among several arrested and charged for Union incident 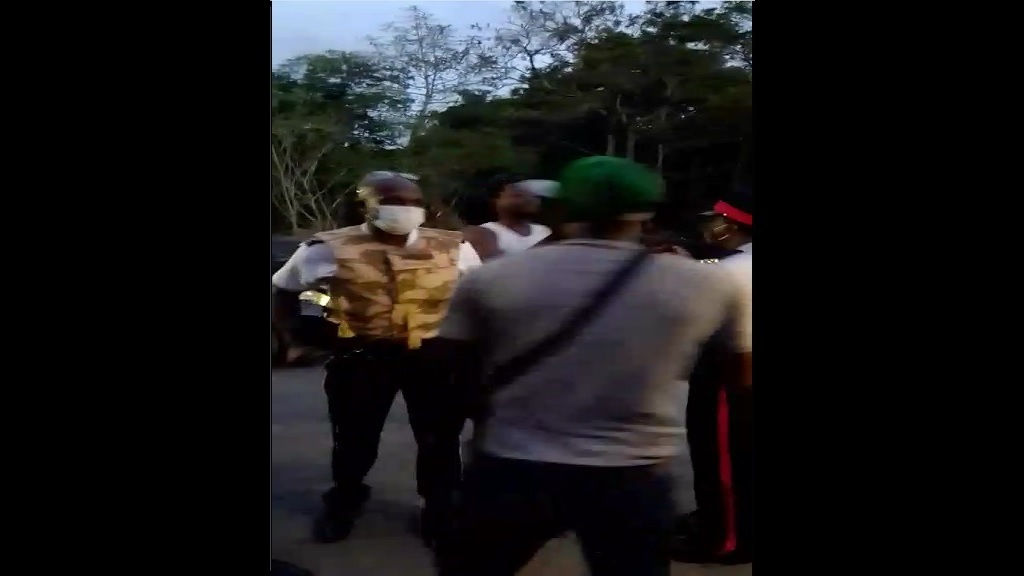 The Royal Saint Lucia Police Force (RSLPF) confirmed Monday, May 18, 2020, that six individuals were arrested and slapped with numerous charges stemming from a May 6, 2020, incident at Union, Castries.

The Criminal Investigations Department responded to a report of an altercation between police responders and a group of individual who were engaged in a mass crowd gathering on May 6.

According to Press Relations Officer at the RSLPF, Corporal Ann Joseph, “We can now report that one male identified as Simon Lubin of Leslie Land, Castries, was arrested and formally charged for the use of insulting words, two counts of threats and two counts of violating the curfew order.”

Corporal Joseph added that five other individuals were also arrested in connection with the Union incident and were charged for violation of the curfew order.

“Officers turned themselves in, some were arrested based on the explanation and statements they gave, but others were released pending further investigations,” Acting Police Commissioner, Milton Desir explained.

The officers, according to the police chief, were charged for being part of the mass crowd activity and failing to wear a mask.

Police on the hunt for men in viral video