Porsche drives toward sustainability with Taycan's launch in Mexico 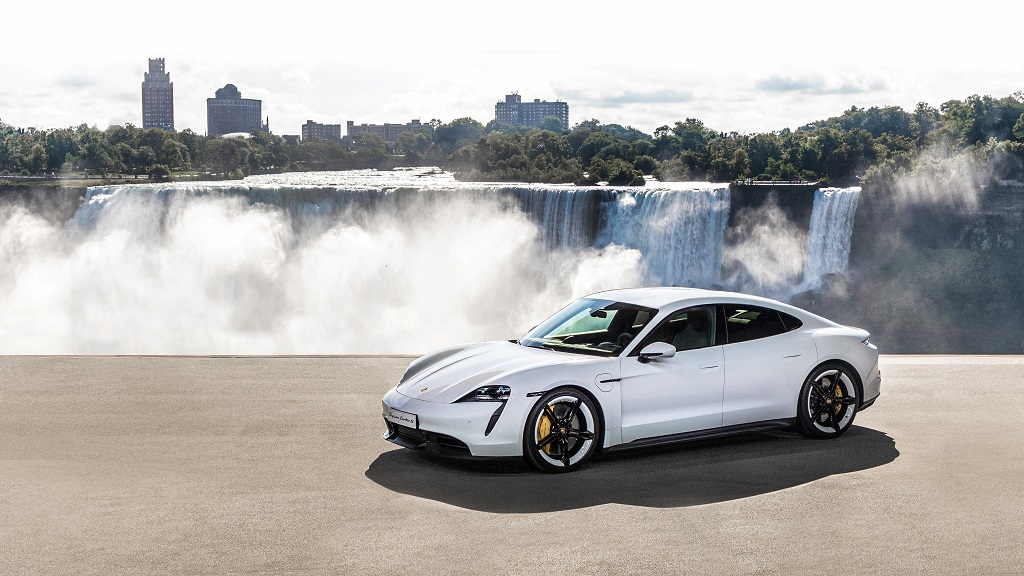 The launch of the Porsche Taycan in Mexico heralds yet another step toward the era of clean energy, paving the way for the Caribbean market.

The launch of Porsche’s first 100 percent electric car was greeted with cheers and excitement at a launch event in Mexico City on February 14, 2020.

The Taycan features even more advanced technology with a charging capacity of up to 270 kilowatts in record time.

The new model has been so well received that the company said it has had to increase its factory capacity by a third.

Speaking at the  ABB FIA Formula E Championship in Mexico City, Pascal Zurlinden,  Director of Factory Motorsports, told Loop News, that launch of the Taycan as well as their presence at the Formula E are evidence of their commitment toward the sustainable energy transformation within the auto industry.

Zurlinden said: “For Porsche, sustainability is really important as shown at the launch of the new Taycan in Mexico City. This is a new path for Porsche and we’re showing the technology and efficiency of electric cars and through our competing at the Formula E.”

The launch in Mexico City was apt considering the country’s mandate to reduce greenhouse gas emissions by 2026. The country ranked 11th among the world’s top carbon producers according to 2018 data from the Global Carbon Project.

Many Caribean countries have also committed to reducing carbon emissions as per the Paris Agreement.

The Taycan is scheduled to roll out throughout the rest of Latin America and the Caribbean by the last quarter of 2020.

About the Porsche Taycan

The Taycan is beautiful in both form and function with Two Permanent Magnet Synchronous Motors and a 93 kWh performance battery.

The Taycan is fast, with an overboost feature activated by Launch Control, propelling the vehicle from zero to 60 miles per hour in 2.6 seconds, and a top track speed of 161 miles per hour.

The Taycan’s performance battery stores even more power as it's based on 800-volt technology instead of the usual 400 volts.

The Taycan also features a mobile charger and even faster charging capabilities - the charging time for five to 80 percent SoC (state of charge) is 22.5 minutes in ideal conditions at 800-volt high-power charging stations, with a maximum charging capacity (peak) of 270 kW. The Taycan has charge ports in the two front side sections of the body.

The Taycan has more than ninety customization options. The Sport Design package is the most prominent and users can change the inches of the tires as well as the Matrix LED headlights in various colours.

To find out more about the Porsche Taycan head over to https://www.porsche.com/usa/models/taycan/taycan-models/taycan-4s/