Port-of-Spain is now a Unesco Creative City of Music 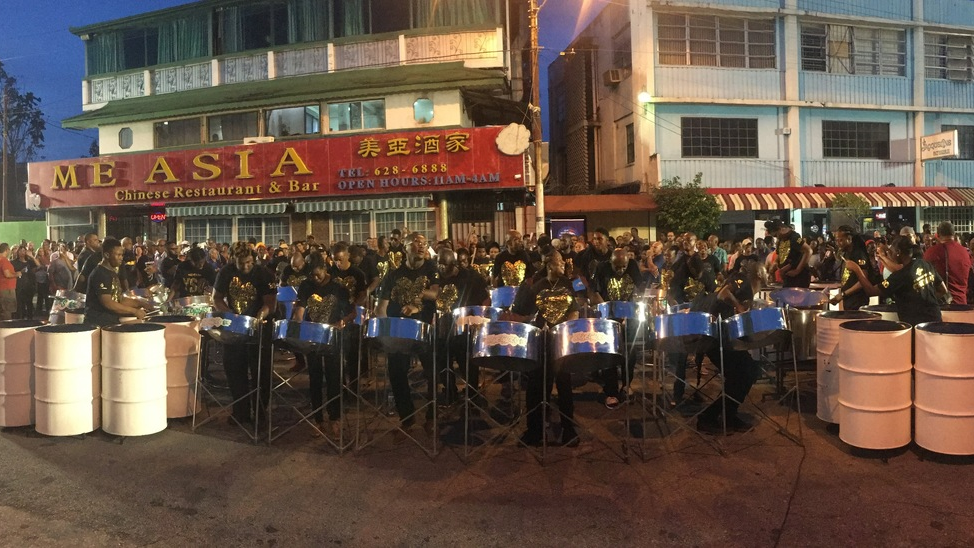 Port-of-Spain is now officially a Unesco Creative City of Music.

The Mayor of the capital of Trinidad and Tobago made the announcement at a ceremony on Tuesday morning.

"Port of Spain has been designated a Unesco Creative City of Music! Our Capital City now joins 180 countries including Kingston, Jamaica and Nassau, Bahamas under this designation!" declared Mayor Joel Martinez.

The Mayor said it is not difficult to see why Port-of-Spain suits its new designation.

"Almost every festival or cultural activity that passes through the streets of our Capital City has some sort of musical accompaniment. Most recently was Divali with tassa. Last month was Panorama’s launch with pan. A few months ago, was Emancipation with African drumming. And the list goes on and on…Port-of-Spain is synonymous with music. Some of the streets, like Tragarete Road, are lined with pan yards Some of the areas, like East Port of Spain, are known as historical sites of music production," he said.

The Mayor said with the new designation as a Unesco Creative City of Music, the city has access to international sources where we can gain knowledge on best practice for the creation, production, distribution and dissemination of our cultural products.

"Port-of-Spain, and by extension Trinidad and Tobago, has a cultural experience to offer the world and now we have a platform to do so. We are looking at ways to maximise our culture’s potential, and, a Creative City of Music designation does just that.

This Council has a consistent thrust towards developing Port-of-Spain as more of a tourist destination. It was, therefore, important for us to look at areas where we could improve access to, participation in, and enjoyment of cultural goods and services especially those that are produced by marginalized or vulnerable groups. This Creative City of Music designation will encourage partnership among public, private and civil society groups in Port-of-Spain to increase the longevity of programs that promote music and culture," he said.

The ceremony was attended by representatives of the Hosay Association, National Carnival Commission, Pan Trinbago, and the Trinbago Unified Calypsonians Organisation.