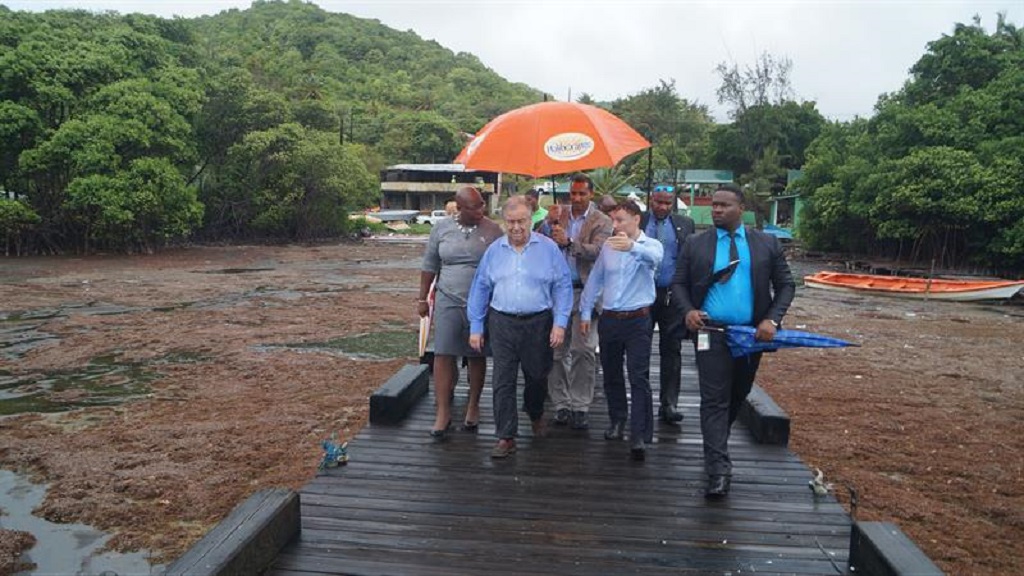 The United Nations Secretary General visited the fishing community of Praslin to learn firsthand the devastating effects of Sargassum seaweed.

António Guterres was among some very distinguished guests invited to participate in the 40th CARICOM Heads of Government meeting held in Saint Lucia. And the Hon. Dr Gale T. C. Rigobert, Minister with responsibility for Sustainable Development and Parliamentary Representative for Praslin, used the opportunity for him to witness firsthand the impact the stinking seaweed is having on the community.

The Secretary General met with residents and, among others, Raphael Francis, the Chairperson of the Fisheries Co-operatives, and Bonaventure Jn. Baptiste, who spoke on behalf of the Seamoss farmers.

Both shared passionate accounts of the challenges faced by the influx of Sargassum. In addition, Mr Dujon highlighted the opportunity that is derived through the conversion of the Sargassum into fertilizer for farmers. 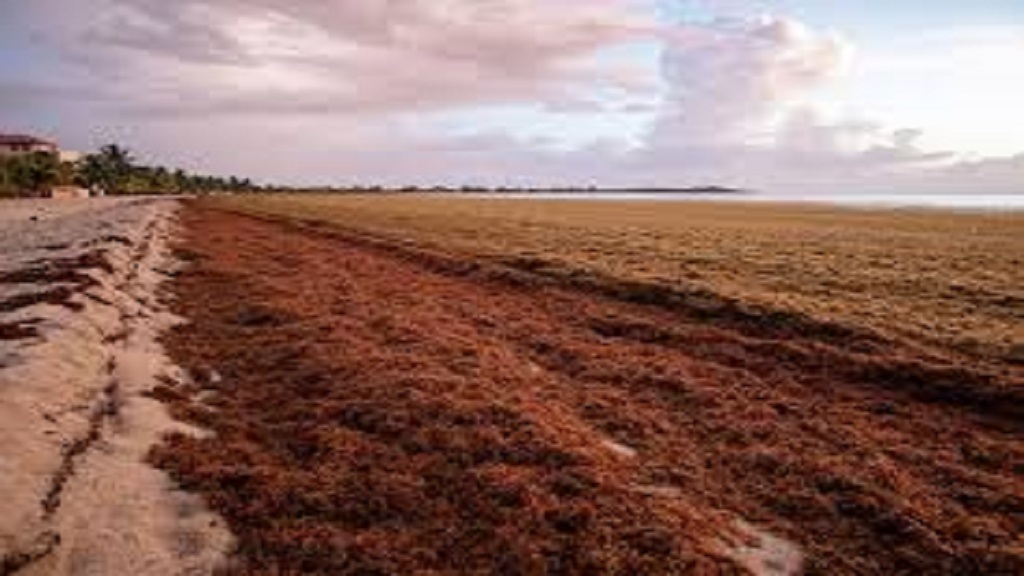 The Secretary General spoke with Kalis Noel, an innovator from Laborie who developed a solar-powered Desalination plant that has not only been used in Saint Lucia but also in Nauru.

According to Dr Rigobert, she felt honoured to have been given the opportunity to welcome the Secretary General and to speak with him, bringing into sharp focus the significant multi-faceted impact of climate change on the environment, sustainable livelihood and wellbeing of the people of Praslin and surrounding communities.

According to the Minister, she expected that - given the keen interest of the Secretary-General in the issues of climate change - he will leverage his office to bring attention to the scourge of Sargassum seaweed on behalf of affected populations.

For his part, the Secretary General said: “Praslin Bay is an example of how climate change is affecting vulnerable communities, but its effects are rapidly affecting people and economies worldwide. I was heartened to see that Saint Lucia is working on innovative solutions to the problem and that it is working with other Caribbean countries to lead the way in climate action, adaptation and mitigation.

"The international community should support these efforts by providing the necessary public and private resources needed to tackle these pressing issues.”

The situation in Saint Lucia mirrors a problem that is impacting communities across the Caribbean. Sargassum creates a repugnant stench, kills marine vegetation and creatures, and disrupts coastal activities such as fishing and tourism. It also presents a health hazard when bacteria begins to spread as the seaweed decomposes.

The Secretary General’s visit to Saint Lucia comes two months ahead of his Climate Summit, and he has called on world leaders to come to the Summit in New York with concrete, realistic plans to reduce their greenhouse gas emissions by 45 per cent over the next decade, and to achieve net zero emissions by 2050.

He has also emphasized the need to increase ambition and support to small developing countries in the areas of adaptation, mitigation and access to climate finance.

UN: Environment is deadly, worsening mess, but not hopeless