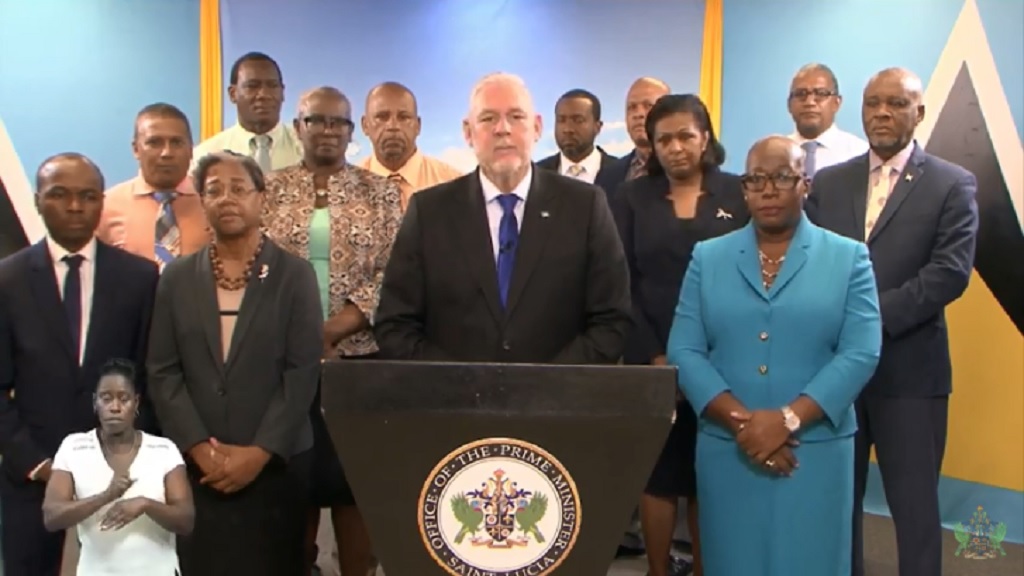 Original Story: The Office of the Prime Minister issued the following statement March 17, 2020:

"Please note that Prime Minister Honourable Allen Chastanet was as of this morning feeling unwell and in accordance with the established protocols went into self-quarantine.

The Prime Minister immediately stayed away from all of his meetings and engagements.

In keeping with the protocols as advised by the Chief Medical Officer the Prime Minister has been tested for COVID-19 and we await the results.

As soon as the results are available the public will be informed."

Senior Communications Officer in the Office of the Prime Minister, Nicole Mc Donald noted that all leaders in such a situation should be tested as per protocols.

The prime minister addressed the nation on the virus last night, March 16.

Some viewers had commented that Chastanet appeared to be ill during his speech, which he gave in close proximity to his Cabinet of Ministers.