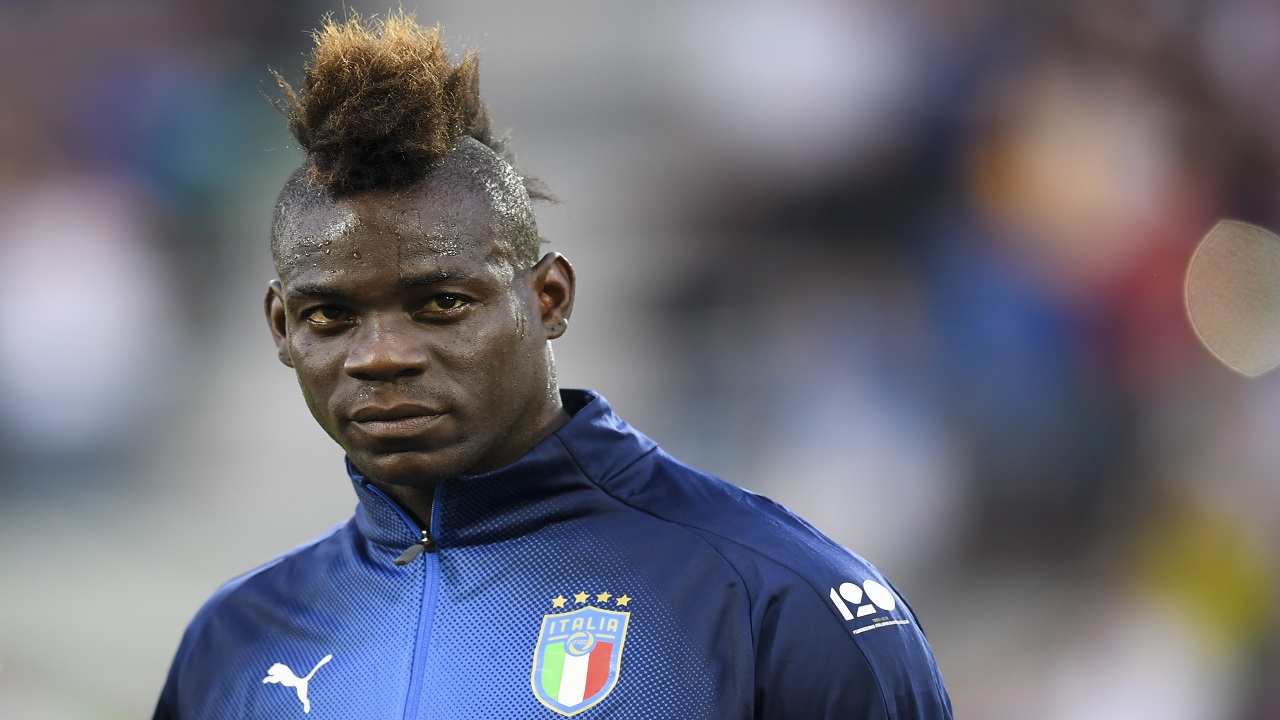 The ball that Mario Balotelli angrily kicked high into the stands out of frustration because of racist chants is still travelling.

In a Serie A season that has been marred by discriminatory slurs from the outset, Balotelli's outburst has prompted more debate, more outrage and more indignation over the problem of racism inside Italy's stadiums than any other case.

"I am not saying that I am different to the other players who receive the same abuse, the same monkey noises, but the problem is that I am Italian," said Balotelli, who was born in Italy to Ghanaian immigrants and has represented the Italian national team.

Luca Castellini, the leader of the Hellas Verona "ultra" fan section that directed the racist chants at Balotelli and a leader in the far-right party Forza Nuova in Verona, sees it in his own way.

"Balotelli is Italian because he has Italian citizenship but he'll never be fully Italian," Castellini said Monday, a day after the incident during the second half of the Verona-Brescia game.

Castellini's comment caught the attention of Liliana Segre, an 89-year-old Auschwitz survivor and Italian senator who recently proposed a parliamentary commission against anti-Semitism.

"They're still judging people by the colour of their skin?" Segre said. "There's a good reason why this commission should get to work straightaway."

Vincenzo Spadafora, the government minister for sport and youth policies, chimed in and ordered Hellas Verona and the city's mayor — who had denied the existence of the racist chants — to condemn Castellini.

Verona responded by banning Castellini from its stadium until 2030 — adding on to a previous ban through 2022 — and the Italian league ordered part of the Bentegodi Stadium closed to fans for the team's next home match, noting that the chants "were clearly audible."

The punishments come in stark contrast to the way the league ignored monkey noises directed at Inter Milan striker Romelu Lukaku during a match at Cagliari in September. There was also no punishment for racist chants aimed by Verona fans at AC Milan midfielder Franck Kessie in September.

Derogatory chants have also been aimed at Dalbert Henrique, Miralem Pjanic, Ronaldo Vieira and Kalidou Koulibaly in Serie A this season. All the players targeted — except for Pjanic, who is Bosnian — are black.

"Too often the soccer clubs have played down and defended — due to laziness, connivance or fear — the extremists among their own fans," Spadafora said. "Over the last few months things have started to change but there are still many steps to be taken."

On Tuesday, Verona prosecutors announced the opening of two separate criminal investigations — one into Castellini for allegedly instigating racial discrimination and the other into the chants inside the stadium.

Another city politician suggested a class-action lawsuit against the Italian league, and a group of city council members proposed that the city should sue Balotelli for defamation.

There is a long history of Balotelli being subjected to racist chants in Verona, stretching back to when he said "the fans in Verona disgust me" after a Chievo Verona-Inter Milan match in 2010 when he played for Inter.

After three seasons in France, Balotelli returned to Italy this season with Brescia, his hometown club and a regional rival of Verona.

"I'll be honest, I really like the stadium in Verona and their fans, as they have always mocked in an amusing and ironic way," Balotelli said on TV channel Italia 1. "If they want to distract a player, they can do it in a thousand ways, but not (with racism).

"My daughter saw this on TV and that made it hurt three times as much," Balotelli added. "I can take all kinds of insults, but ones based on racism are not acceptable, have never been acceptable and never will be acceptable. Those who did it, and I repeat they are only a few, are complete idiots."

What was lost in the post-match discussion was how well Balotelli played in Verona.

He hit the post in the first half then scored with a curling shot into the top corner from beyond the box late in Brescia's 2-1 loss.

Balotelli's form, however, was not the reason why Italian soccer federation president Gabriele Gravina made a public call for the striker to be called back onto the national team.

"It would be an extraordinary message to the world, to people who think about putting off their opponents by making expressions of that kind," Gravina said. "Balotelli is Italian. I'm with him all the way. He has shown to have a more-than-Italian level of sensitivity."

Balotelli picks Suarez over Messi and Ronaldo for Ballon d'Or