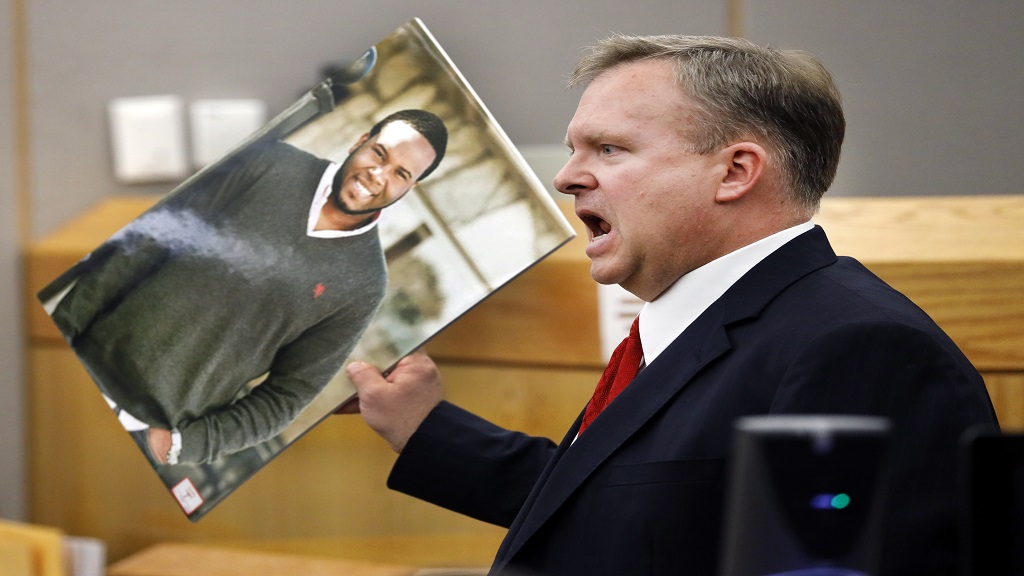 A prosecutor on Monday dismissed as garbage a former Dallas police officer's claim that she believed she was in her own apartment when she fatally shot a neighbour in his home.

Assistant District Attorney Jason Fine used his closing argument to describe Amber Guyger as "an intruder" who killed Botham Jean in his apartment — one floor above hers — last September.

Guyger tearfully testified last week that she mistook Jean's apartment for her own after a long shift. Speaking publicly for the first time about the events of that night, she said she found the door of what she believed was her apartment unlocked and was afraid that someone had broken in. She said she feared for her life and opened fire using her service weapon when a silhouetted figure walked toward her in the dark.

Related article :Guyger cries on the stand while testifying about killing Botham Jean

"Most of what she said was garbage," Fine said Monday.

Defense attorney Toby Shook said Monday that Guyger made "a series of horrible mistakes" that were entirely understandable. He noted that other residents have also gone to the wrong apartments in that complex after parking on the wrong floor.

Lead prosecutor Jason Hermus said Guyger should have known she was outside the wrong apartment — at which point she drew her gun — because of the distinctive bright red doormat that lay at the entrance to Jean's home.

"You can't miss this," he said, holding it up for jurors.

And even if she missed the obvious signs that this wasn't her home, Guyger should have retreated and called for backup when she found the door unlocked, instead of forging forward and opening fire, Hermus said.

"For Amber Guyger, Mr Jean was dead before that door ever opened," he said. 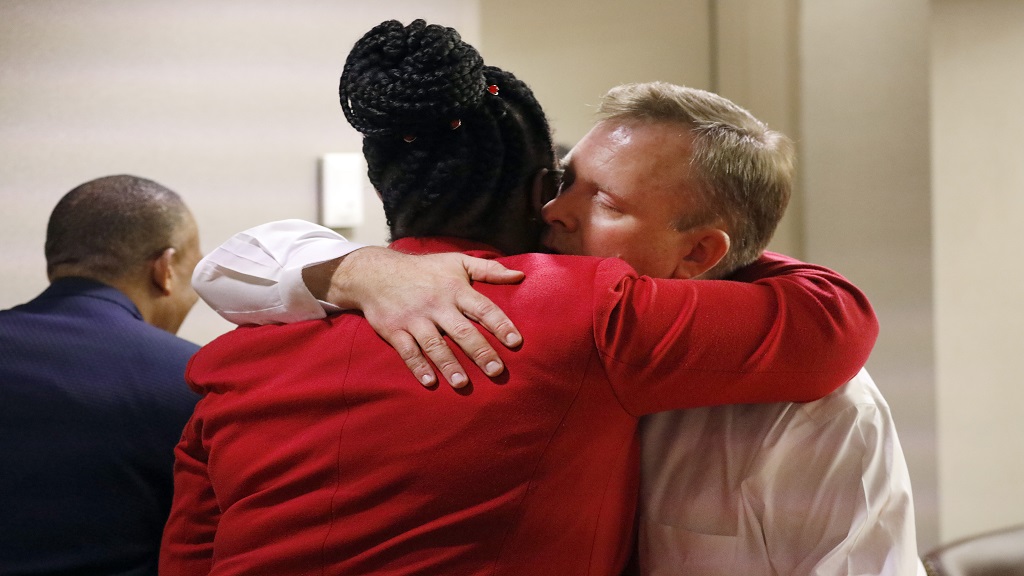 In her testimony Friday, the 31-year-old Guyger, who is white, repeatedly apologized for killing Jean, a black accountant from the Caribbean island nation of St Lucia who lived a floor above her.

"I hate that I have to live with this every single day of my life and I ask God for forgiveness, and I hate myself every single day," she said as she looked across the courtroom at Jean's family.

Prosecutors said Jean was unarmed and eating a bowl of vanilla ice cream in his living room when Guyger killed him.

Guyger was arrested on a manslaughter charge three days after the killing. She was later fired and charged with murder. 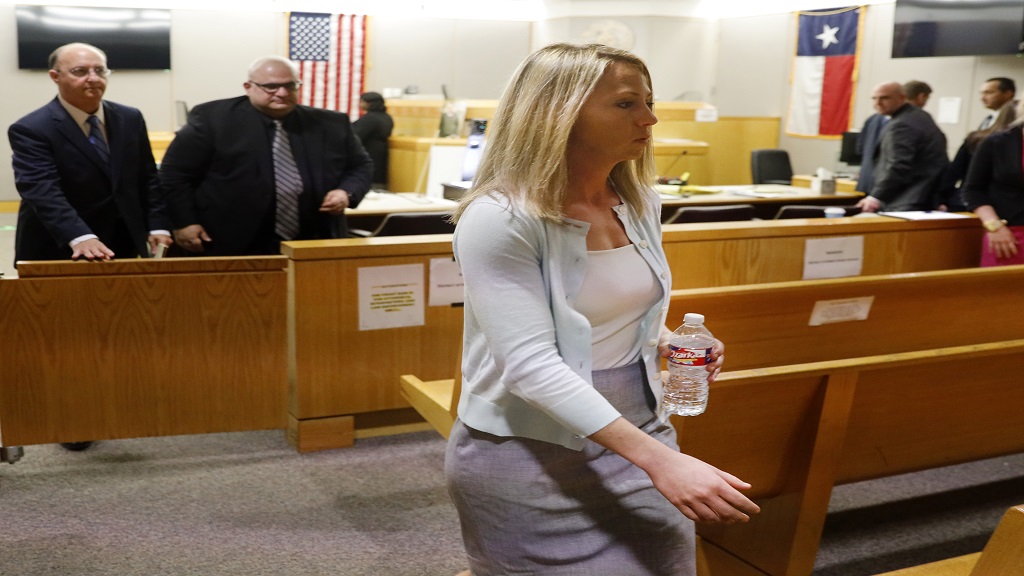