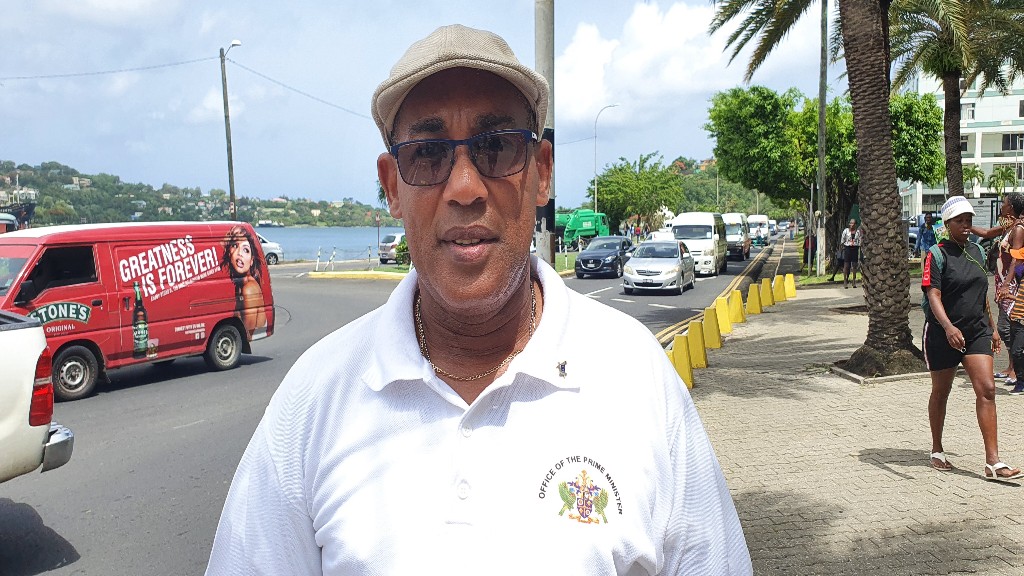 A first responder attached to the Royal Saint Lucia Police Force (RSLPF) and the Saint Lucia Cadet Corp has warned against life-threatening complacency towards evacuation plans.

The observation was made Friday morning, August 7, 2020, following an evacuation of the Castries Car Park building after a fire alarm was triggered from the ground floor.

According to Lucius Lake of the RSLPF, while police and fire officers attempted to create a safe distance between the building and the public, individuals were not adhering to directives.

"The minimum distance is 300 meters, we don't know if is a bomb scare or a fire so what you want to do is keep the area clear so that emergency personnel can come in and civilians are away from harm's way," Lake explained.

He continued: "We are very uncooperative people."

Lake observed that people were still lined up waiting to enter the supermarket despite the sound of the alarm and orders to evacuate.

"The police had a difficult time trying to get persons not to assemble in front of the building but persons were not willing to adhere but rather coming up to ask what is going on instead of following simple instructions," he said.

Lake says such behavior is extremely dangerous and he is appealing to all Saint Lucians to stop acting this way.

The recent explosion in Beirut, according to Lake, should be seen as an example.

Nearly 200 people died and more than 5,000 were injured following an explosion at the Beirut port in Lebonon on August 4, 2020, which caused severe damage to buildings, warehouses and grain silos nearby.

"We don't know when it's going to happen, we don't know what triggered it, we have no idea what is happening so we wait on the experts to give the all clear or to guide you accordingly. By not adhering to it, it could be detrimental to your life."

No one was injured during Friday morning incident.