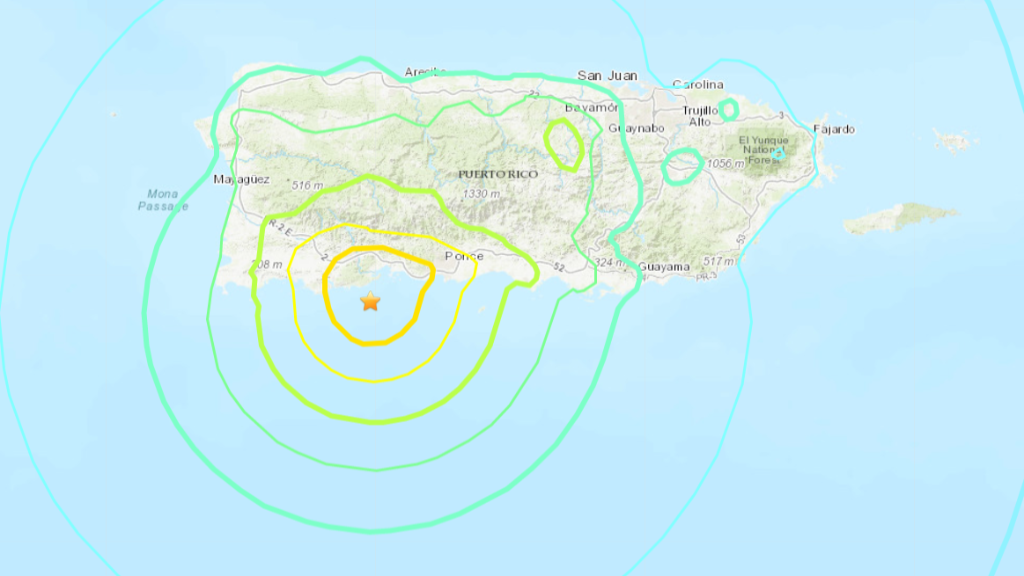 Puerto Rico’s southern zone continues to be a hotbed for seismic activity as two strong earthquakes rocked the island during the early hours of Tuesday.

The latest tremor, which had a magnitude of 6.0, occurred after 6 am and it was an aftershock to the magnitude 6.4 quake that occurred three hours earlier.

Víctor Huérfano, director of Puerto Rico’s seismic network, told the associated press that it is hard to obtain reports of damage or injuries because communications are down for much of the island. He said officials in ponce told him there was widespread damage.

“We expect that this will be the largest quake for now.”

“The aftershocks will continue for some time.”

Yesterday, Puerto Ricans were awakened by a magnitude 5.8 earthquake, which occurred 13 kilometres south-southeast of Indios.

The quake damaged buildings and caused rockslides across the island.

US officials seize $48M worth of cocaine near Puerto Rico