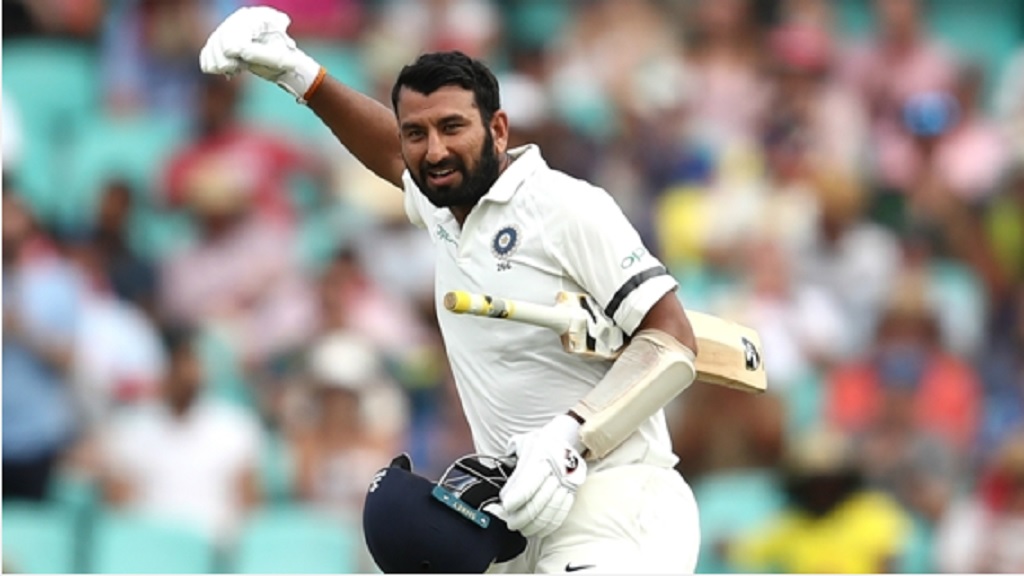 Cheteshwar Pujara dominated Australia once more as India made a strong start to the fourth Test in Sydney on Thursday.

Pujara (130 not out) delivered his third century of the series to guide the tourists to 303-4 at stumps on day one at the SCG.

Having won the toss, India – who have already retained the Border-Gavaskar Trophy and hold a 2-1 lead – are well placed to win a Test series in Australia for the first time.

Mayank Agarwal (77) was the only other India batsman to make a half-century on a batsman-friendly pitch, with Josh Hazlewood (2-51) the pick of the bowlers.

Agarwal and Pujara combined for a 116-run partnership for the second wicket after India chose to bat and KL Rahul fell early.

Rahul (9) edged Hazlewood to Shaun Marsh at first slip as Australia made a good start.

However, the hosts quickly turned to short-pitched bowling once more, while they wasted a review for a potential caught behind off Pat Cummins (0-62) when Pujara was on 12.

But he fell after lunch with another aggressive stroke, caught at long on by Mitchell Starc off Lyon.

Pujara was characteristically patient and steady and Virat Kohli looked comfortable before departing shortly after tea.

Kohli (23) gloved Hazlewood down the leg side to Tim Paine, while a short ball from Starc (1-75) led to the departure of Ajinkya Rahane (18).

Pujara brought up his 18th Test century with a clip off his legs for four as he continued to frustrate Australia.

He was joined by Hanuma Vihari, who raced to 39 before stumps on another good day for India.