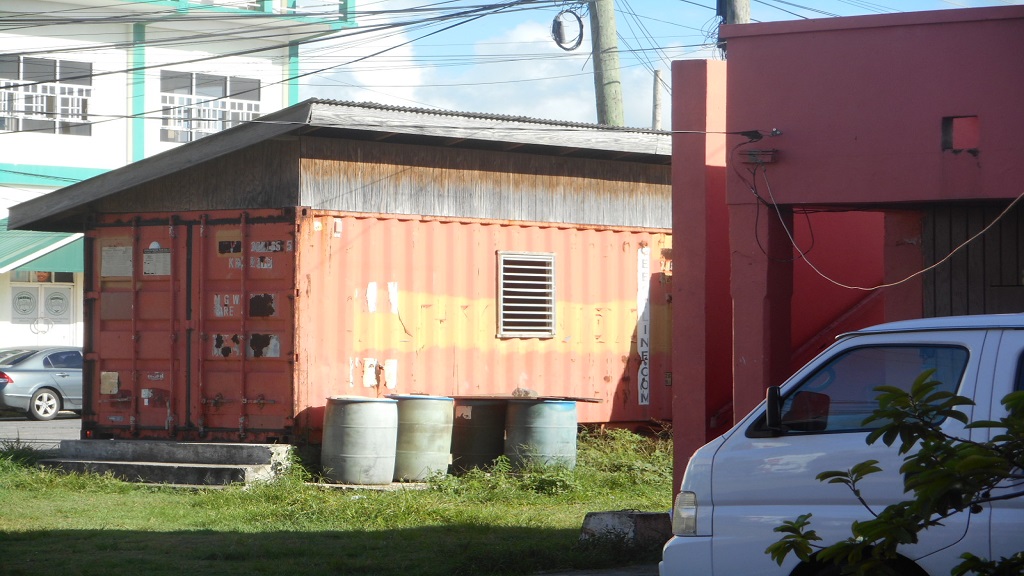 The pungent smell of a hazardous substance emanating from the Vieux Fort South Constituency Council is causing much discomfort to the staff of the council.

The stench is understood to be coming from a substance the Environmental Health Department stores on the compound of the council's Maintenance Department.

The substance, which is used for killing mosquitoes, is stored in drums on the compound of the council where the Vieux Fort Public Library has also housed for over a decade.

The problem is of serious concern to the Mayor of Vieux Fort, Orricia Denbow-Bullen, who informed the Department of Health over a year ago of the need to remove from the compound the drums containing the hazardous substance, along with a container in which it stores equipment.

According to information emanating from the council, the Department of Health had promised to address the plight of their workers, but so far nothing has been done to address it.

This reporter has had first-hand experience of the problem the staff of the council is forced to endure. They say the stench is now unbearable and want to see it addressed immediately.

According to staff, whenever the drums are opened, it drives them away from their work stations until the smell vanishes.

Conrad Joseph, a staff of the council, said if the problem continues he will be forced to stay away from work until it is addressed. He added that he has been complaining about the problem for many years, but it seems no one cares.

“I am tired of complaining about the problem…If the relevant authority does not address the problem soon, they will not see me at work,” Joseph said.

He feels that if a similar problem existed in Castries, it would have been addressed a long time ago.

He lashed out at his colleagues for complaining about the problem but being unwilling to take drastic action to force the relevant authority to address their concerns.

Clement Perpie, another staff of the council, said the problem is of grave concern to him.

“Although it’s about our health, no one seems to care,” another worker lamented.

Attempts by Loop News to obtain a comment from the Ministry of Health on the matter were futile.